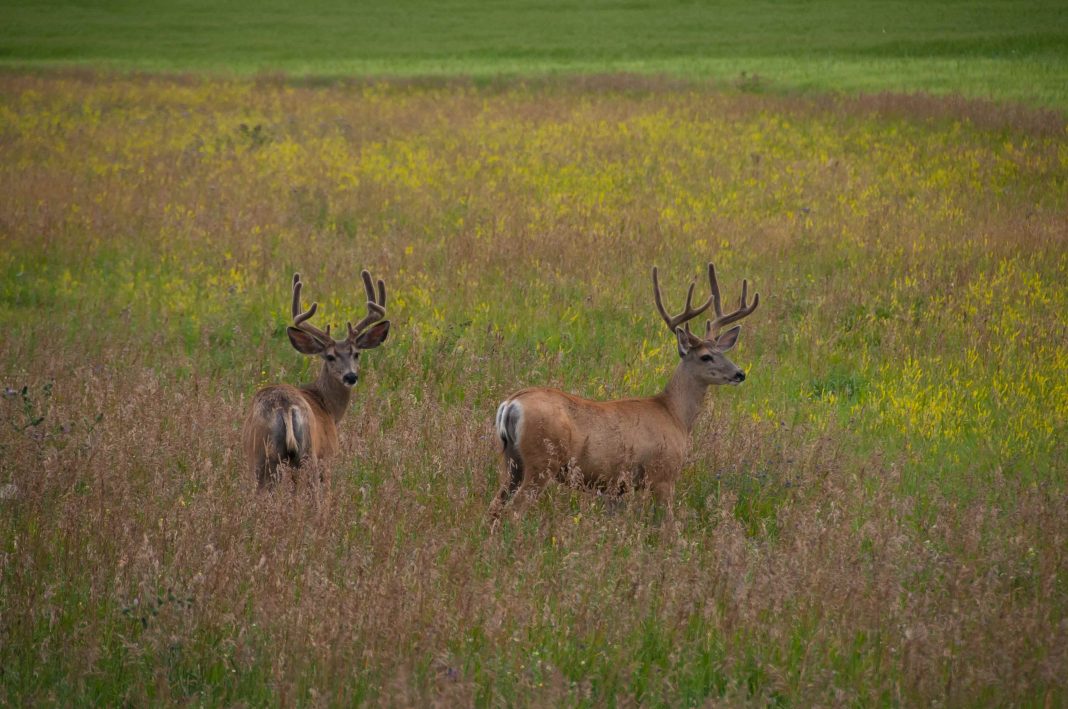 Running the high country of Wyoming in the ever-growing popular pastime of shed hunting presents a plethora of opportunities for sportsmen and women. It’s an opportunity to stretch the legs, expand the lungs, and re-introduce your body to “mountain shape.”

It’s also a prime time to spot and observe wildlife herds – see firsthand the impacts the previous winter had.

Folks shed hunting the Sheridan Region of northeast Wyoming have to be pleased with early observations. Visual proof of solid numbers of deer populations are also backed by a recent survey by Wyoming Game and Fish biologists and game wardens.

9,328 mule deer and 5,689 white-tailed deer have been located and classified in said region.

The Sheridan Region comprises of Sheridan, Buffalo, Kaycee, Gillette, and Moorcroft. Wyoming primarily at the base of the storied Big Horn Mountains.

Improved precipitation and ample green vegetation associated with abundant rainfall show fawn ratios at an 18% increase from those of 2018. High buck ratios were spotted in most hunting areas indicating a good population of mature deer following the hunting season. Conservative hunting on private hunt areas were identified as a contributing factor to the solid status of mature bucks.

Buffalo wildlife biologist Cheyenne Stewart said, “In general, these populations are fairly stable without remarkable annual fluctuations. There are some longer-term trends in certain areas that are concerning to us, which is why we are investing so much time and energy into targeted research projects such as the Upper Powder River Mule Deer Study initiated in December 2018 and the movement study of mule deer in two herds east of Buffalo initiated in November 2019.”

Winter is generally the time game and fish count herds, for a number of different reasons. This makes an accurate count more realistic from the ground and air. At winter’s end is also a more viable evaluation of the herd. This is because wintertime is the hardest on herds and account for animal deaths.

Game and fish use said surveys to identify herd population trends. And they act as a baseline for licenses issued the following hunting seasons.