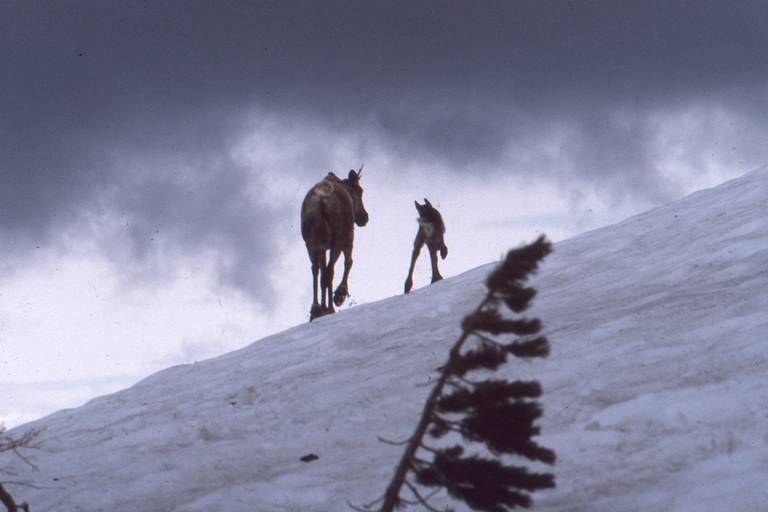 “It kind of happened with a whimper. It’s not for lack of trying.”
Gregg Servheen, Idaho Department of Fish and Game Wildlife Coordinator

Separately, as recently as late 2019, Alaska instituted an emergency bag limit reduction due to caribou decline.

Caribou were the most endangered species in North America. After 35 years of conservation, Idaho’s concern for caribou ended when the British Columbia Ministry of Forests (BCMF) relocated the last Selkirk mountain caribou. These animals once roamed the northwestern U.S. much like they roam Canada and Alaska.

Events leading to endangerment go back a couple of centuries. General civilization and settlement pushed the mountain caribou around. Early forest management, or lack of, directly and negatively impacted their habitat. What was left became pristine deer habitat; they moved in strong. The deer brought with them brainworm: a deadly parasite. There weren’t many caribou left after the parasite ran its course. The survivors took to higher elevations. Their large, snowshoe-like hooves enabled travel across deep snow to eat the boreal lichens that grow on tree bark. Winter pushes deer and elk down to the low country. Caribou prefer high places to survive. Early game management, or lack of, hurt the caribou numbers in the late 1800s and early 1900s.

Officials are hopeful for reintroduction into Idaho and Washington. Most of the Selkirk range lies in southeast British Columbia. British Columbia hosts around 1,200 mountain caribou. Leo DeGroot, a BCMF Biologist, said the Canadian government, with the help of others, may someday try to transplant caribou into the Selkirks.

Should the USFWS open communication with Canadian officials to work towards reintroduction?

Resources for this article:
What extinction in Idaho looks like: Last caribou captured, ending conservation program
Sole surviving member of the South Selkirk caribou herd captured, Gray Ghosts are no more in Lower 48