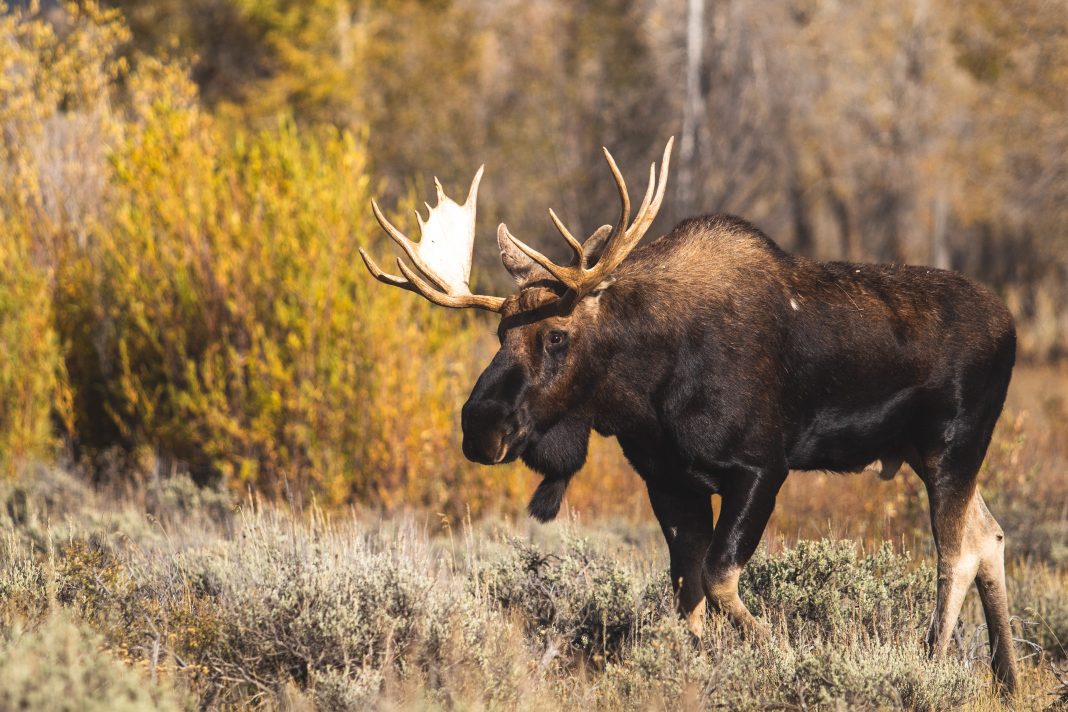 MOOSE RELOCATION IN IDAHO – It has become quite common to see animals in urban areas.  Many people live in areas that allow them to see many types of wildlife on a daily basis.  Some of those animals include deer, rabbits, raccoons, and sometimes an occasional bear.  However, in the towns of Heyburn and Twin Falls Idaho, they experienced a rare animal sighting.

During the last week in May, there have been two reports of moose in urban areas.  The first was a young bull moose near the town of Twin Falls.  The Idaho Fish and Game received reports of the moose and began working to contain the animal.  It was determined that they would dart the moose so that they could move it to a safe location.  Darting a large animal like a moose is dangerous.  Not only for the moose, but darting a large animal in urban areas poses a huge risk.  The IDFG was able to dart the animal without any problems, and they were able to load him into a cattle trailer for relocation.

The other moose was a cow moose that was wandering towards I-84.  Due to the concern of the moose crossing the interstate, officials pushed the cow back towards town.  Once the moose was in an area where it could be controlled, it was also darted and put in a trailer for relocation.

Again, seeing wildlife in urban areas these days is not rare.  However, there are some animals that you should report to wildlife officials.  Moose, bear, mountain lions and any other animal that might pose a threat to humans should be reported.  Do not try to manage the situation alone.  Your local wildlife department are trained in these types of situations and will know how to handle it the best.

What types of animals have you seen in urban areas?  Have you ever seen a moose in your hometown?