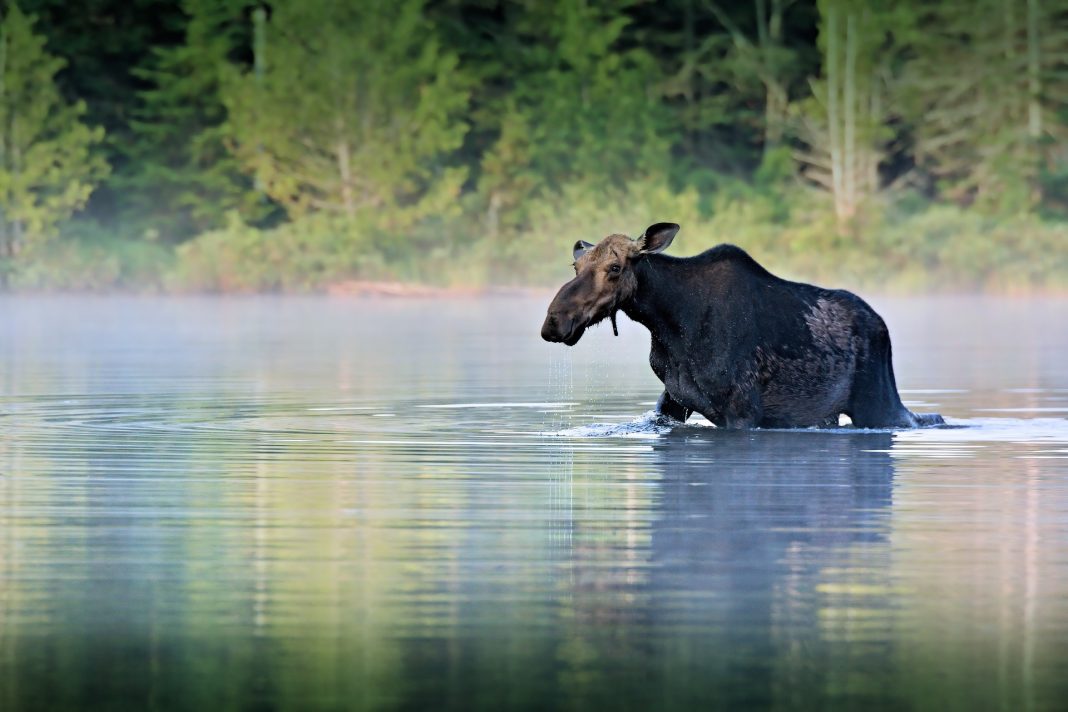 The Montana Fish, Wildlife and Parks are looking for information on a moose that was found dead near Lewistown, Montana.  The moose is a cow moose that is determined to have been shot on October 31st or November 1st.  The FWP is trying to determine if the shooting was accidental or blatant.

“It was on a piece of BLM land … in an area where a lot of guys try to get in to elk hunt,” explained FWP game warden Shawn Briggs. “We’ve had moose shot here before and it’s been a case of mistaken identity. Most times they turn themselves in once they realize what’s going on, but in this case we don’t have any idea who shot it. We would like to hear from anyone with information so we can resolve this issue.”

Moose are confused with elk quite frequently in the west.  Especially the females for each species.  With males, they are quite easily identifiable with the size and shape of their antlers.  However, females do not have distinct features that separate them from each other.  Hunters need to be sure they know the species they’re hunting, both male and female.

“There’s a chance it was shot down below,” Briggs said of the poached cow moose. “It was a high shoulder shot and it’s possible it was able to run up on top where it was found. There’s a potential that the people didn’t even realize they hit it, but if it was shot where it laid dead then it was just blatantly poached.”

Hunting and harvesting an animal is a huge responsibility.  It is the responsibility of the hunter to know the species they are hunting.  There are many resources out there to help a hunter prepare.  The game management department for the state you are hunting will have resources.  You can also use online resources such as Youtube, Ehuntr, Google and other online searches.

If you have any question about the target you are pursuing, it’s best to be safe than sorry.  If you’re not sure if the animal in your sites is a legal animal, don’t shoot.

What resources do you use before you go on a hunt?