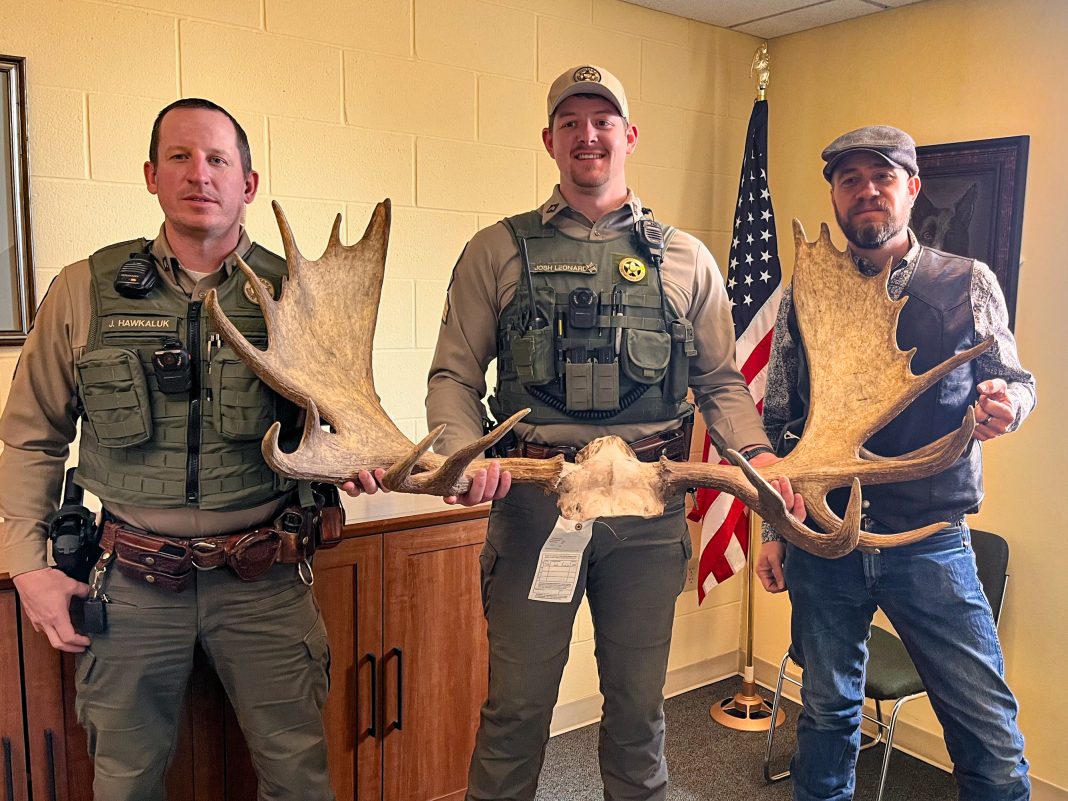 A man, Shiloh Berry of Townsend, Montana was recently sentenced for poaching. A trophy-sized bull moose with 56 inch wide antlers to be specific. A bull with a B&C score of 167 gross, 145 net. In other words, not a little guy.

Officers of Montana’s FWP were contacted in November of 2019 through the department tip number, 1-800-TIP-MONT. A citizen told the FWP that there was a moose carcass several miles outside of town.

Again in April of 2020, a citizen contacted FWP through their tip number. This time stating the Shiloh had been talking about “finding” moose antlers in the same area where the moose was poached.

A search warrant was issued for Shiloh’s residence. At the residence, the antlers were found and investigators were able to match both the boot tracks and tire tracks. In an interview with FPW officers, Shiloh admitted to poaching the moose.

Likewise, an article written earlier on EhuntR talked about knowing your local tip-line. You can read the article here. It is crucial to help wildlife officers protect our resources. Fish & Game can’t do it all on their own.

“Montana game wardens rely on tips from people who observe crimes against wildlife. FWP’s 24-hour hotline for reporting these crimes is 1-800-TIP-MONT. Callers could be eligible for a cash reward of up to $1,000.” – Montana FWP Press Release

Consequently, Shiloh’s sentence for poaching includes a lifetime ban from hunting and trapping in Montana. Moreover, he is ordered to pay $12,100 in fines, a three-year suspension of fishing privileges, and a suspended five-year prison term.

You can read more about Montana hunting news by clicking here.

So, what do you think of the sentencing? How are poaching crimes handled in your state? Let us know in the comments!