Home Minnesota MINNESOTA HUNTER BAGS A BUCK AND AN ALLIGATOR 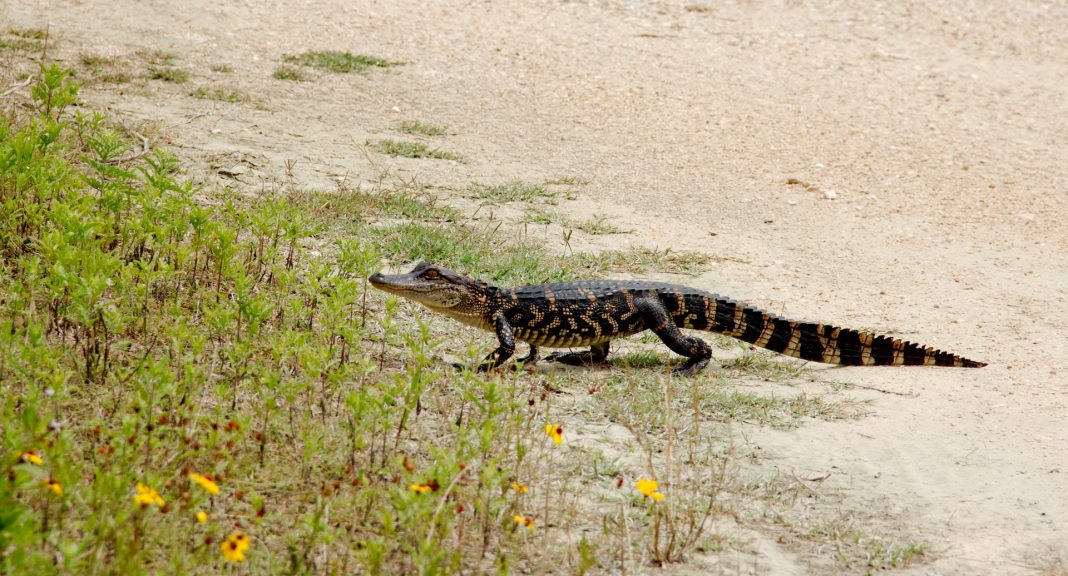 Finding an alligator while deer hunting in Minnesota? One Minnesota hunter had a very “2020” opening day and did just that. Cory Klocek went out hunting near East Bethel on the opening day of firearms deer season. The morning started off pretty eventful for Cory, as he was able to make a good shot on a beautiful buck. However, had no idea what he would find while tracking his deer.

During the track job, Cory was working his way along the edge of a pond. As he moved along the bank he noticed what looked to be an alligator sitting on the grassy bank. At first, Kloeck was unsure if what he was looking at was real, he thought that it might fake or a prank. Then to Cory’s surprise, the alligator began to move around. Klocek made a call to the local DNR officer. After talking with the officer, Cory was given permission to shoot the reptile. Klocek took aim and dispatched the alligator. After taking a quick picture and taking care of the gator Cory continued tracking his buck. Then Cory moved back to the area and continued tracking his deer. Not long after he found his buck. Talk about an eventful morning.

Well… this was a first for me… Great Minnesota gun opener… Odd Minnesota opener…. This morning I harvested a beautiful 10 point buck. This was my first ever deer with a shotgun, as I am usually a rifle hunter (different zone, different regs). As I’m walking around a pond, tracking my deer.I look down to see a 3 foot alligator 10 feet in front of me. After contacting the game warden, I was informed I could shoot it. No clue how it got there, or why. I’m guessing someone had it as a pet and released it when it got too big. Either way, only in 2020 can you go out to sit for deer gun season opener in Minnesota and shoot an alligator. The plan is to mount them together in a fun taxidermy piece. – Cory Klocek via Facebook

Alligators and other exotic species are found in Minnesota from time to time. However, they are not native to the North Star state. As stated by Klocek this was most likely an exotic pet that got too big for its owners to take care of. As a result, it was probably released into the wild by said owners. Releasing non-native wildlife into ecosystems can be devastating for native species.

In many cases, non-native wildlife outcompetes native animals or kills them outright. However, in this case, the Minnesota DNR says that the alligator would most likely not have survived the cold winter in Minnesota. In addition to alligators sometimes Minnesota wildlife officers get calls regarding caimans (the alligator’s cousin) that people can no longer care for. DNR officials let Klocek keep the alligator he shot. He says he plans of eating the alligator along with the buck he took the same day.

“These often turn out to be pets that were turned loose or escaped from their owners. We urge people not to do this, for several reasons. These animals are not native to Minnesota and would be unable to survive the winter, which is right around the corner. In addition, we don’t want these invasive animals to disrupt our native ecosystem. Rather, people who have pets that are too big should consider surrendering them, if possible.”  – Minnesota DNR Offical

So, what are your thoughts on this Minnesota hunter bagging an alligator while deer hunting? Have you ever seen an exotic non-native species while out hunting? Let us know in the comments.