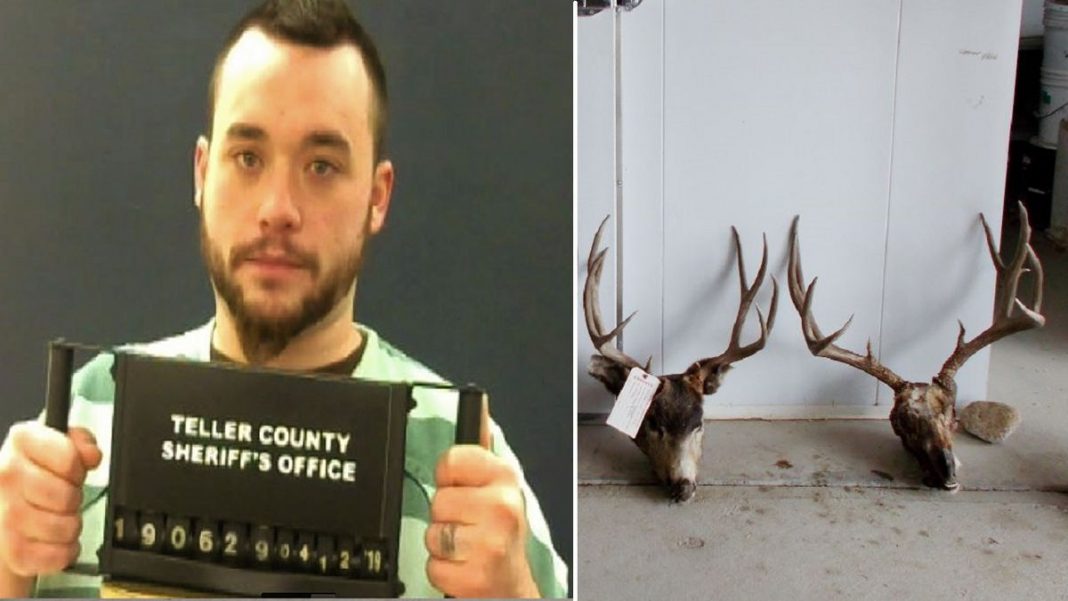 A Colorado Springs man has been sentenced for his illegal poaching spree.  Iniki Vike Kapu, 28, was originally sentenced for his illegal killings back in May of 2019. He was fined $900 back then for the illegal possession of wildlife. Likewise, he pleaded guilty to the same charge in Teller County during December of the same year. Following his charges in 2019 Kapu was charged again in 2020, this time in Fremont County.

“Mr. Kapu’s crimes against wildlife are the essence of what defines a poacher by taking wildlife without regard for the laws protecting them. Iniki Kapu is viewed as a serious threat to Colorado’s wildlife, and his violations are among the worst. The severity and level of indifference for wildlife in this case are rarely seen and cannot be tolerated.” – Colorado Parks and Wildlife hearing examiner Steven Cooley

During this court case, Kapu pleaded guilty to the illegal possession of three or more big game animals. He was sentenced to three years of supervised probation in Fremont County, six months in jail and he was fined $4,600 as part of his plea agreement. Kapu also was ordered to surrender all the weapons that he used to do his poaching.

“Colorado Parks and Wildlife aggressively pursues anyone who illegally takes wildlife. When you poach, you are stealing from all residents of Colorado. And your acts are an insult to all the hunters who follow the rules, who buy the licenses that pay for wildlife management, who respect the hunting seasons and abide by principles of fair chase.” – Colorado Parks and Wildlife hearing examiner Steven Cooley

Colorado Parks and Wildlife hearing examiner Steven Cooley decided last week that Iniki Vike Kapu would have his hunting privileges permanently suspended. Colorado is a member of the Interstate Wildlife Violator Compact. As a result, Kapu’s lifetime hunting ban will extend to 47 other states in the country. Kapu killed 12 deer, 2 turkeys, and a bighorn sheep ram during the poaching spree.

Mr. Kapu was not a hunter, something other news websites have reported. He is a wildlife thief that harmed wildlife and people alike.

What are your thoughts on this poaching spree? Do you think the punishment fits the crime? Let us know in the comments!