Wyoming and Idaho sportsmen who hunt black bears over bait might be in for a change soon. A lawsuit was filed by Wild Earth Guardians, Western Watersheds Project, and Wilderness Watch to stop the use of bait in black bear hunting in national forests.

The three conservation groups named the U.S. Forest Service and U.S. Fish and Wildlife Service in the suit. They claim the feds are violating the Endangered Species Act by “jeopardizing the continued existence of grizzly bears”. The groups say that baiting leads to accidental grizzly bears kills.

The full complaint can be read here.

“Bear baiting not only violates fair-chase hunting ethics, it has caused deaths of … grizzlies,” Lindsay Larris of WildEarth Guardians said. “Federal agencies are bound by the law to recover threatened grizzlies, and knowingly allowing bear baiting flagrantly violates that duty.”

Federal law allows individual states to make their own laws surrounding baiting. Up until 1992, the Forrest Service required a special use permit by hunters and outfitters to bait on forest service land. The policy change states that should any grizzly bear deaths occur during bear-baiting, “the [Forest Service] must reinitiate consultation with the [Fish and Wildlife] Service and provide the circumstances surrounding the take.” Wyoming and Idaho are the only two states in the lower 48 that allow baiting on forest service land.

The lawsuit also states that bear baiting causes grizzlies to rely on human food sources and disrupts their travel patterns.

What do you think of the lawsuit? Should baiting be left up to the state or should the USFWS intervene? Are 22 accidental deaths in 23 years reason enough to say grizzlies are in danger because of bait? 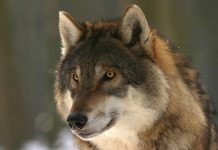 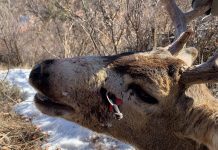 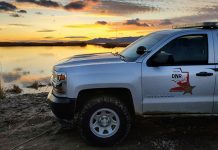