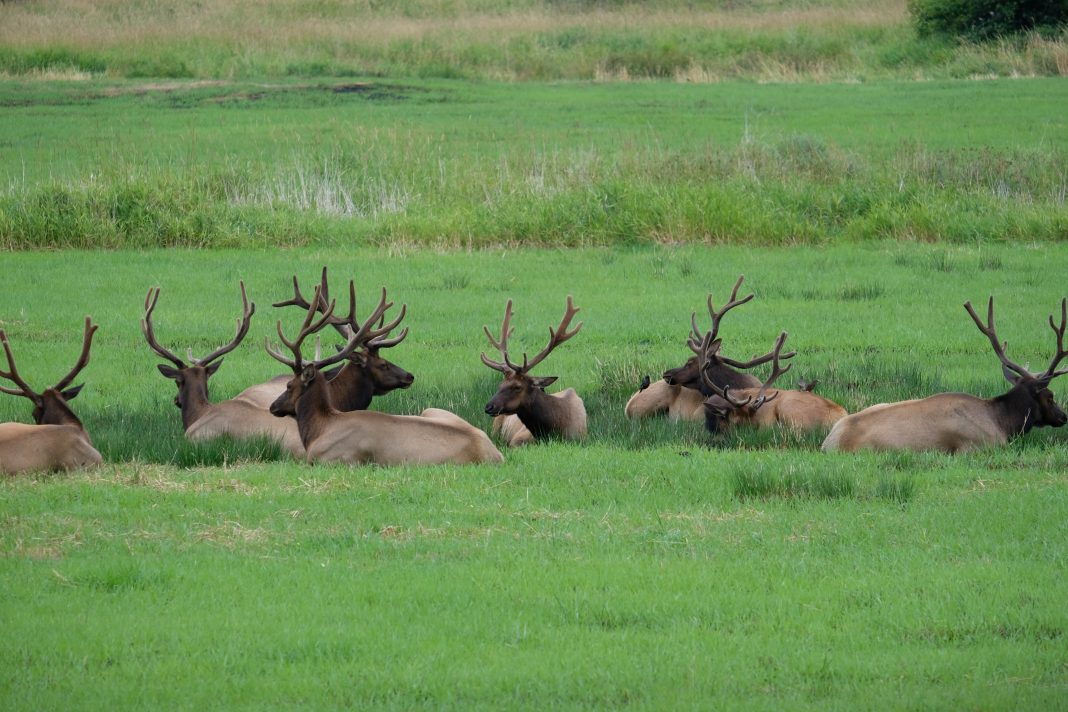 IS OHIO READY FOR ELK REINTRODUCTION- The Rocky Mountain Elk Foundation believes Ohio is ready to have elk wandering the woods again. RMEF has enhanced nearly 8 million acres of elk habitat in the last 35 years. The Foundation has also helped with successful reintroductions in many eastern states including Kentucky and Pennsylvania. Although they have elk in their name the Foundation focuses on providing quality habitat for all wildlife.

Is Ohio ready for elk? Interestingly, elk populated the forests of Ohio before Europeans arriving. The Shawnee, as well as other Native Americans, hunted the elk during that time. Because of habitat loss and overhunting around 1838 elk disappeared from Ohio. As a result, the state has been without them for over 175 years. Conservationists, like the RMEF, want to hear the Ohio woods ring with elk calls again. Interestingly, The Ohio State University School of Environment & Natural Resources performed a feasibility study. The study found areas across the state that can support elk herds. Most importantly, the study listed 3 main areas for possible reintroduction. The Wayne National Forest, Shawnee State Forest, and the expansive reclaimed strip mine areas, referred to as AEP ReCreation Land. A former officer in the local RMEF chapter Tom Schuster had this to say.

“I knew elk was this majestic animal, but I didn’t really know much about them at the time,” Schuster said. “I went to the banquet to see what this was all about.”

I’m optimistic that we could have elk back in Ohio at some point.” “There is some hope that it could happen, because we’ve seen healthy elk herds established in Michigan, Pennsylvania, and Kentucky, and here in Ohio we have terrain and habitat that is similar enough to those sites,” Schuster said. “There’s good habitat here in the old coal country, and I think that is the key.”

Banquets are the primary fund-raising mechanism for the RMEF chapters. Events usually consist of raffles and auctions for firearms, bows, hunts, and trips. The Ohio event will be held on March 15 at the Holland Gardens Banquet Hall on Angola Road, Holland, OH 43528. The doors open at 5 p.m. If you are interested in purchasing tickets contact Gary Seymour at 419-367-6008 or hmcgee@yahoo.com.

With so many successful reintroductions states continue to look at bringing elk back. Does your state have elk? Do you think Ohio should reintroduce elk? Lets us know in the comments.