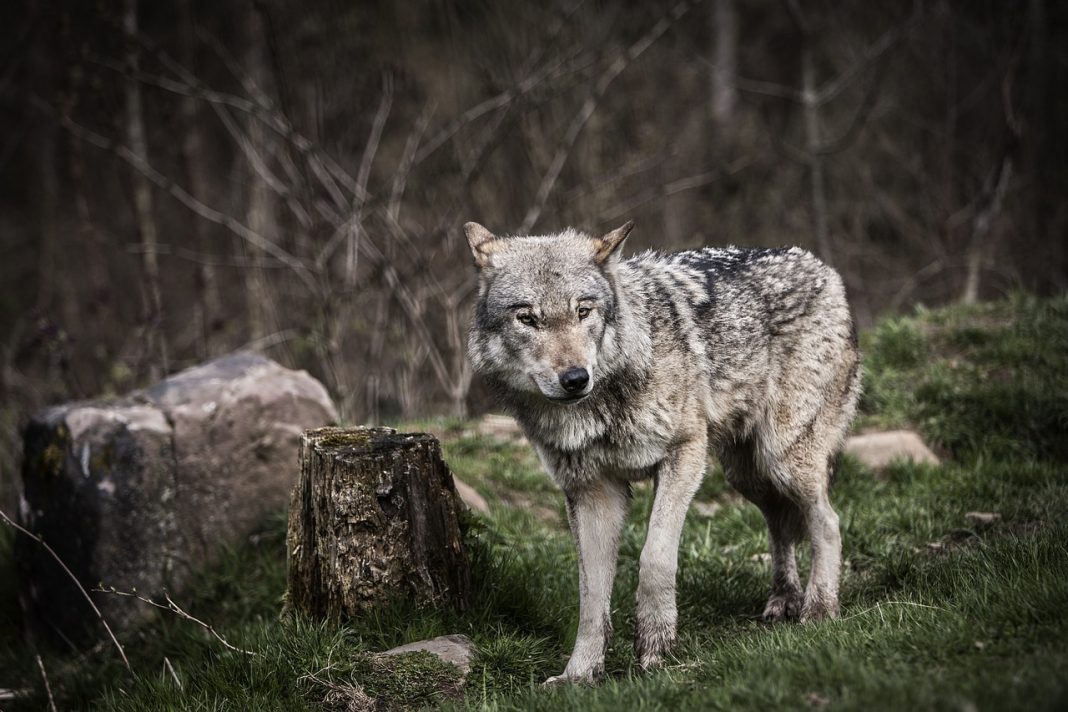 Grey wolves from bordering states of Minnesota and Wisconsin moved into Michigan’s Upper Peninsula during the late 1980s. The Michigan DNR surveyed and confirmed three wolves in the state in 1989. Since that time in the past thirty years, the grey wolf has been established in every one of its fifteen counties in the Upper Peninsula. The estimated population is approximately 700 adult animals. Their diet consists of ungulates and other small birds and animals they find while hunting.

Size differences between grey wolves and coyotes are as follows:

On April 3rd, 2022, in Marquette, Michigan a man was training two dogs when one of the dogs was bitten in the hind leg. The dogs were baying a rabbit when the event occurred. More than likely the barking attracted the wolf to the area. Grey wolves are known to protect their territory and the wolf was probably protecting its core area. The dog is expected to recover from its wounds. The wolf population in the Upper Peninsula is expected to grow. Likewise, their range will continue to expand.

So, what are your thoughts on wolves in the Upper Peninsula? Have you ever seen a wolf while out hunting? Let us know in the comments!