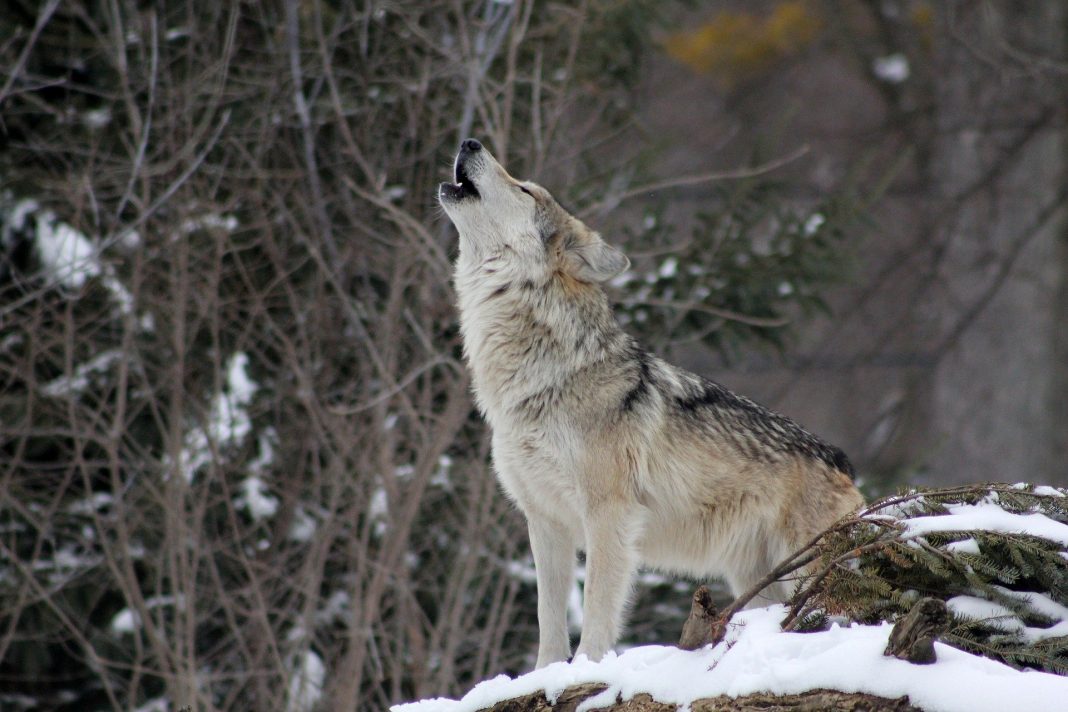 GRAY WOLF PROTECTION ENDS – Wolf conversations across the western United States have been a hot topic for quite some time.  Many states have already introduced wolves and others have introductions on the ballot this year.  Some folks are for the introduction, but most hunters have opposed it.

The gray wolf is a beautiful animal.  Many years ago, the gray wolf was on the verge of extinction.  For that reason, these canines were added to the Endangered Species Act’s protection.  Over the past several decades, Fish and Wildlife officials have worked hard to build back the population of gray wolves and allow them to flourish in the U.S.

“After more than 45 years as a listed species, the gray wolf has exceeded all conservation goals for recovery,” Interior Secretary David Bernhardt said in a statement.

Dan Ashe, a former director for the U.S. Fish and Wildlife applauded the move to delist them.  He felt that it was time to focus on other animals on the list.  He did comment that he questioned making this decision so close to the elections though.

“It creates the perception that it’s being done for political reasons,” Ashe said in an interview.

There have been several politicians that have shared their thoughts on this decision.  Senator Mike Enzi from Wyoming applauds the decision, especially since the wolves have been delisted in his state since 2017.

“Delisting the gray wolf has been a long and bumpy road, but I think everyone should take pride in this announcement today,” Enzi said. “States like Wyoming have shown they are able to effectively manage the gray wolf. It is important to remember that the purpose of the Endangered Species Act is to get to this point, where a species is fully recovered. I am hopeful that even more species in the future will be able to reach this milestone.”

With the decision to delist the gray wolf from the endangered species list, management of this species will change.  The power to manage them will move from the federal government to the individual states.  In a podcast by Ehuntr earlier this year, Terron Hunt talked with Wildlife Manager J.T. Romatzke about that exact subject.  J.T. shared that at that time, the state had little to no control over the management of the wolves.  With this decision, officials like J.T. will have majority control over the management of the gray wolf.

Do you think this is a good decision by the Trump Administration?