I have friends that decided to get married opening weekend. Also had a family that decided to have a reunion in August. This pushed me back until mid-August for opening season. In that time I did manage to wrangle some info out of a ski guide that told me about a trail. He said it was pretty well marked, just may not be cleared. I took his advice and headed out Friday after work. I got to the trailhead in the dark. Well, it was my first time driving out there, so I was pretty sure it was the trailhead.

Spent the night sleeping in the vehicle. Woke up and had to wait until daylight to find the trail. Before I found the trailhead, I found a nice set of black bear tracks in my tire tracks. Now I had only been sleeping for a couple of hours. But the tracks were going in the opposite direction I wanted to go.

I did manage to find the trailhead shortly after. I was looking for some flagging tape, but there was a pretty obvious sign. 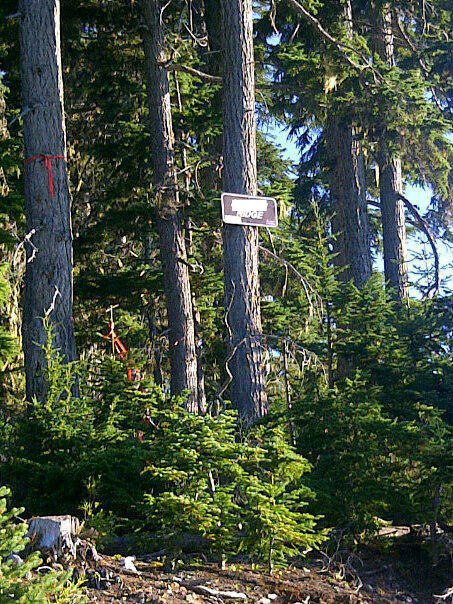 By the way the ski guide described the trail, I thought it would have been marked a lot better. But it was cleared pretty well. I marked it as I went along and made the first meadow within the hour. Figured this would be a good spot for a break and take in the sights.

This may have been the first selfie I ever took.

Up the hill, I caught a movement out of the corner of my eye. At first, I thought it was a wolf. I brought up the binos and about 200 yards away a small grizzly was standing out in the open. My heart was still beating from climbing and the bear kind of got it going again. He turned and took off up the hill and eastward (I wanted to go west) and he wasn’t hanging around for anything.

I took a couple of breaths and a couple of steps. Out of a small juniper, a grouse hen came at me out of the bush. They still startle me at the best of times. But after seeing the bear I jumped a bit. Some chicks came flying out and went one way. The hen was coming straight towards me. At this point, I learned you can’t get your rifle off of your shoulder quick enough. After fending her off and both of us getting away unscathed I continued on. The scenery and seeing the Grizz had made my trip already.

I worked my way over to check out a bowl that I had already looked at on google. It was August 18 and there was still plenty of snow. 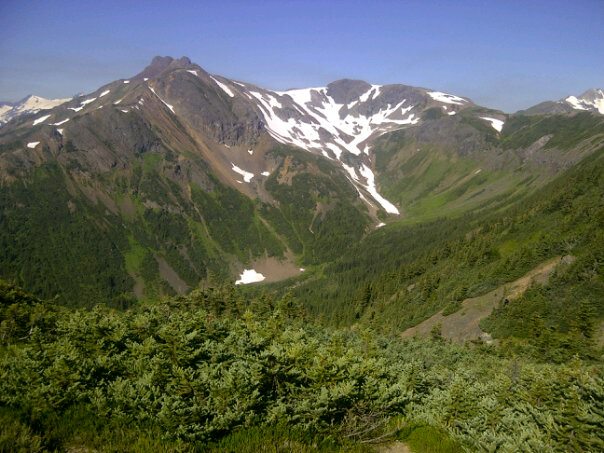 I spent most of the day glassing from this point. It was scorching hot out. At this point in my career, I didn’t know a whole lot about mountain goats. However, I do know that when it’s plus 30 Celsius, they will be hard to spot in the open. I cooked up a tasty treat for lunch (by this time I had discovered Mountain House and Backpackers Pantry) and decided I should wander around the area a little more.

I did find goat tracks along the ridge and at the far end. 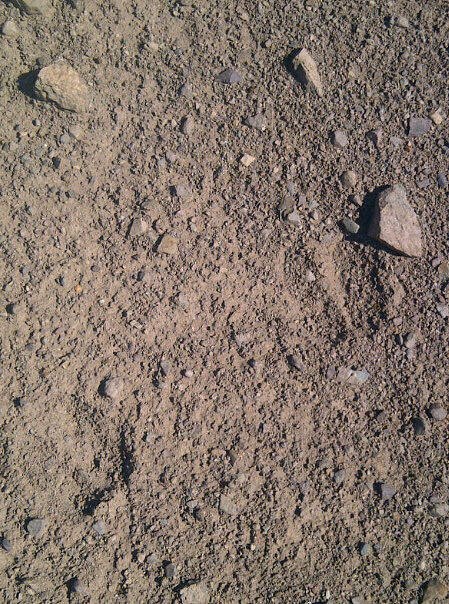 Spent that night up on the mountain. Set up my cheap big box store two man tent. I got my first lesson in sturdy tents that night. Luckily I wasn’t cold. But it got windy that night. I didn’t really sleep as my tent was pretty much folded over on my face. The joys of the tent barely standing up to the wind… I would never know if a bear was on top of me until it was over.

The next day after very little sleep, I decided that I still had seven and a half months to hunt. So I packed up and headed down the mountain, to return again at a later date.

Don’t miss out on MOUNTAIN GOAT EXPLOITS: THE GOAT ALARM