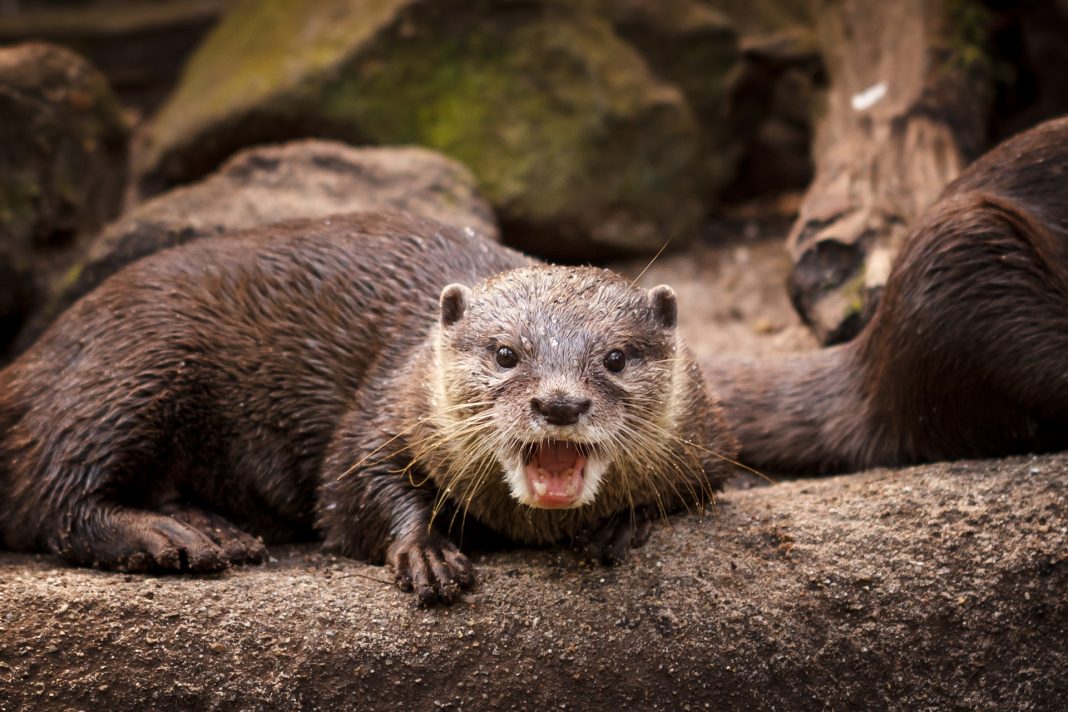 FLORIDA MOM TACKLES OTTER TO PROTECT DAUGHTER AND HER DOG-AggOne just can never be certain when dangerous situations may arise.  This is especially the case for Casina Ewert, a mother that fought off an otter attack.  Casina’s daughter, Gwyn,  noticed one morning that her dog, “Scooter,” has spotted something in the back yard that needed investigation.  Upon approaching the otter, a tussle ensued between Scooter and  the otter.  Shortly, thereafter, with some details unknown, the Otter found itself running through the back door and into the home.

Once inside, Scooter and the dog continued to battle, waking up Gwyn’s mother.  Upon noticing what had been causing the commotion, she witnessed the otter and the dog “tangled like a tumbleweed,” and pursued.  She then proceeded to successfully tackle the otter and take control of the situation.  Reported by KTUU News, Casina reported, “I snatched it by the tail, and then, I held it up like a prize. The otter’s going crazy. It was clawing at me and grabbing on to the backs of the furniture in my house.”

Once the otter was kicked out of the house, Casina noticed that during the incident, Gwyn had been bit in the leg.  This was of obvious concern, due to the possibility of the otter having rabies.  They took a trip to the hospital, where Gwyn received a rabies shot and booster shot.  It remains unknown if the otter has rabies, as it has not been caught yet.

It can most likely be stated that these types of situations are ones you just don’t hear about very often.  When we think of aggressive animals, it’s pretty safe to presume that otters do not make it to the top of the list for most people.  That being said, anything can happen, just because an animal doesn’t seem dangerous, doesn’t always mean that’s the case.