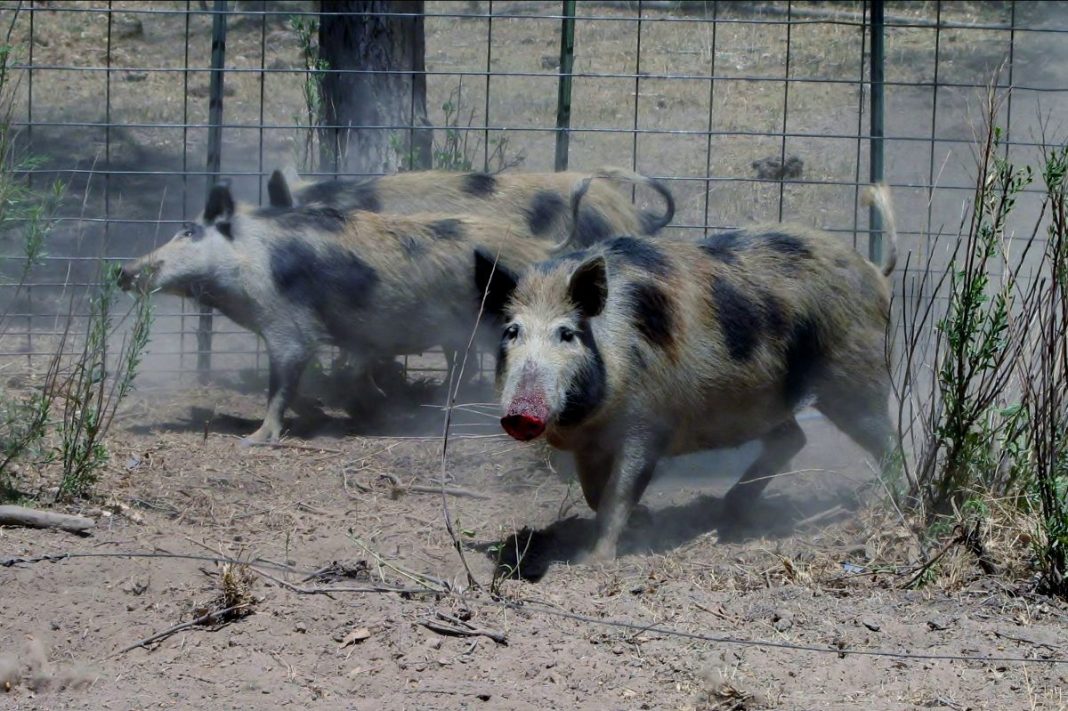 Acting on tips from citizens, CPW officers have confiscated feral pigs from an El Paso County farm. After the confiscation, the CPW found that the pigs tested positive for pseudorabies. Pseudorabies is a fatal disease that can be spread to other livestock and domestic animals.

For quite some time CPW has worked hard to eliminate feral pigs in the state. Feral pigs can be a menace for wildlife managers.

“This is exactly why we have worked so hard to eliminate free-roaming feral swine from Colorado. Roaming wild, feral swine destroy agricultural crops, wildlife habitat and out-compete native species for food. And feral swine kept on farms pose a huge risk to other animals by spreading diseases such as pseudorabies, as in this case.” – Travis Black, CPW’s Regional Manager for the Northwest Region based in Grand Junction and an expert on feral pigs.

On Sept. 3, a team of CPW officers led by Black visited a small farm east of Colorado Springs after reports the homeowner was raising feral pigs illegally imported from Texas.

During the inspection, CPW officers found three of the feral pigs in a small barn and euthanized them. All three of these pigs tested positive for pseudorabies. As stated above, the fatal disease, that is related to the herpes virus causes respiratory problems and occasional deaths in pigs, cattle, dogs, cats, sheep, and goats.

The farm owner cooperated with the CPW investigation and was cited for illegally transporting and possessing the prohibited species. Each of these charges is a misdemeanor and carries a fine amount of $137 per animal. You can read more about this event by clicking here.

So, what are your thoughts on pigs having pseudorabies? Have you seen any feral pigs in Colorado? Let us know in the comments!