One of the most difficult hunts I’ve been a part of was the pursuit of a cow elk. It was the late season in Northwestern Wyoming, the herds were at high elevations, requiring one of two strategies – wait for the weather to drive them down, or pull up our proverbial boots straps and go to them.

We chose the latter. The tag to be filled was in the back pocket of a young female hunter. She knew the challenge that laid ahead of her, and she was ready to meet said challenge head-on.

The hunting industry has seen a fairly recent trend of more and more high-profile female hunters. These high-profile huntresses are the hosts of television shows on networks such as the Outdoor Channel. Others have gained thousands of followers on social media sites like Instagram and Facebook. Each having their own styles, methods, and appearances.

As you read this particular article, you have in your own mind your vision of these hunters. You may be envisioning individuals with carefully applied make-up and perfectly prepared hair while sporting the best of gear and clothing the industry has to offer. Or, you see those without makeup and tattered hair from the strains of the sport. Some huntresses go out on foot, climbing high elevations in search of their prey – while others spend countless hours in tree stands. Some hunt public lands where the game is scarce and heavily hunted, others have their own private land with heavy populations of large animals.

Regardless of their niche, or their attire, gear or appearance, and degree of hunting difficulty – each has their own plethora of challenges because they are female hunters.

It seems like today, most hunters run into the probability of encountering harassment from the non-hunting populations of the country – female hunters take the brunt of it.

As you read through the comments on social media sites, the harassment of this breed of hunter are both personal and harsh. Threats against their lives, lifestyles, members of their family, and even their personal pets (as was a recent case involving arguably the face of female hunters, Eva Shockey highlighted by a FOX News interview) are threatening and sometimes violent in nature. Harassment, at times, so harsh it caused the huntress to take her own life as was the case with Melania Capitan.

They are members of a male ego-driven past time, and the consequences of such are heavy burdens to carry. Yet the majority persevere, they carry on in their passion turning a blind eye to the criticism and personal attacks.

They do so because they are tough. Most raised tough, with that proverbial cloak of toughness only amplified by the requirements of their chosen lifestyle and passion.

Fortunately, they do so with the understanding that the harshest of their critics are mere keyboard warriors without the slightest abilities to survive outside the luxury of their technology and comforts of heated dwellings and local grocery stores.

They do so because they were born with an internal fire oftentimes instilled in them from conservative discipline upbringings with role models that they emulate in their day-to-day activities.  Because, let’s face it – (yes, there are many laws and regulations that govern the sport of hunting requiring a basic understanding and comprehension) but – there is but one requirement to preserve in the sport, and that is a strong mental attitude and physical ability. They come adequately equipped.

On this cold, windswept Wyoming morning I had just such an accomplished and talented female hunter in our party. We spent the early hours of sun-up glassing ridges for herds of elk moving from water to cover.

The group we finally located was good-sized, roughly 150 head, but they were moving quickly because of the wind’s impact – so we had to make the commitment to them and act swiftly. It wasn’t going to be easy.  After laying out a game plan, highlighting the hopeful end result and work required after the shot – she agreed. We threw packs on our backs, rifle slung securely – it was go time.

The first couple miles of the trek was entirely vertical. There was no time to stop and rest, our pace had to be quick and steady. Enduring burning lungs, quivering legs and doubting minds at time – we covered ground quickly.  Four miles in, we spotted the herd. They were headed to the cover of their usual bedding areas, unaware that we had positioned ourselves between them and said sanctuary.

As we made our way into position for a shot – as often happens in the Wyoming high country – the winded shifted on us, and the heard spooked. We found ourselves at another crossroads requiring yet another timely decision. Where the elk headed was open country, but how far they would go before feeling comfortable enough to bed was the unknown variable.

Determined, maybe blindly to the end result of further pursuit, she wouldn’t be dissuaded. Honestly, at this point, I had my doubts – but couldn’t back out because of stubborn pride. The other male hunter in our party no longer a part of the decision as he had fallen out just a mile previous.

It would be an additional four miles before we were on the herd. Within range – a 317-yard shot to be exact – we took inventory of the situation. If she pulled the trigger, it would require an eight-mile pack out. The ridges were snow-packed, our boots falling through the hard snow with each step making walking itself a tough task.  “What do you think,” I asked? Before the words escaped my lips, I knew the answer.

Even after a half-hearted patronizing “up to you” response – I knew she was ready to shoot and up for the tough duty that followed. It was my one opportunity for objection, which, in hindsight would have been the better judgment – but I declined.

I could only imagine the banter from that day forward of the incredible stalk we put on a herd of elk only to not shoot because I wasn’t up for the challenge.  “Pick out your elk, remember to take a breath, exhale and squeeze.” In the back of my mind, I was almost hoping she would miss – I knew better – she was deadly with the trusty .300 WSM Browning X-Bolt.

Her elk died at 9:45 am that morning. My tired behind sat back down in the driver’s seat of my truck at 9 pm.  Her resolved never wavered, not one time. There wasn’t much talk during the pack out – what physical and mental resources we had were focused solely on getting the elk out. Never once was there complaint or whining, simply doing what needed to be done. That’s tough – hunter tough.

This story – the 16-mile cow elk – made its rounds. There is a fine line between tough and crazy, we walked it. But the respect the young lady achieved with some long-time elk hunters in the area was undeniable – crazy or not.  It was not the first or last time I had helped a strong determined female hunter harvest an elk – or high-country mule deer buck. This was, however, the most extreme example of the heart and mind of a talented and completely capable female hunter.

I have raised a daughter who is also a very skilled and accomplished hunter. She boasts the biggest mule deer buck of our family – she has harvested elk, whitetail, antelope and too many quality mule deer to count. All in harsh climates, tough terrain, and even tougher conditions. 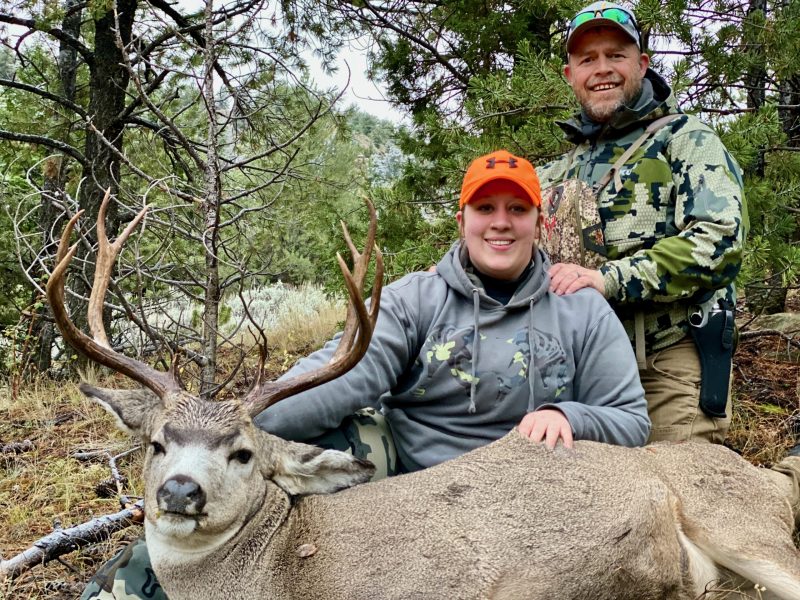 If you are a long-time male hunter, and you have found yourself looking down on female counterparts or if you see them as less capable in the high country, you’re wrong – dead wrong.  I have been blessed to hunt the high country of Wyoming for over three decades. I have helped too many folks to mention in different terrains and conditions. What I can unequivocally report to you at that time is, women hunters don’t complain – they simply do what needs to be done. They have in them an admirable fire and determination, and a love for the sport that is simply – Intoxicating.  I can also report with equal confidence, I cannot say the same of all-male counterparts in the same areas pursuing the same game.

Being the father of a daughter who hunts, a young lady who I was blessed to coach and groom in the high country – counting all of the life skills she now possesses because of this incredible sport would be an impossible feat.  If anything, I only find myself concerned, concerned with the possibility that she will one day be able to find a man as tough as she is with equal ability as a hunter. In today’s world – I have to say – I’m not so confident. 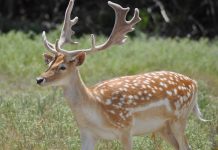 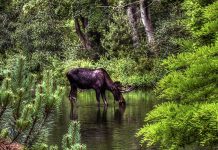