2018 has had some ups and downs for hunting this year. I had some tags punched and some tags were eaten. This was also the year where I wounded a nice 4×4 mule deer buck with an arrow and for the first time, I never found him. I’ve heard from many hunters that unfortunately it happens in hunting and it sucks, but I never realized the pain and frustration that came with it till it happened to me.

To this day I find myself replaying the shot where I wounded the buck and what corrections I could have done differently. I came to the conclusion that I probably made a rushed shot. I was sitting on a water source prior to him arriving and I ranged the water at 50 yards and areas where a deer may come in with my handheld rangefinder.

When he arrived at the water I drew back and had him set at 50 yards, but before I could release the arrow he saw me draw and he bounced a couple times away from the water. He gave me a window of looking back at me broadside exposing his vitals, but I knew I had only just a second to release the arrow. Instead of putting the bow down and ranging him again I estimated that he bounced only 10 yards and released the arrow at my 60-yard pin.

The rest of the story was a disaster; I found that I hit him low and discovered later that he was actually 68 yards. Although I hit him, it wasn’t enough to bring him down and I spent the evening and the next day looking for him. I was devastated. On the bright side, my buddy found him a couple weeks later healed and healthy. I’ve learned a lesson on that buck to make more of a calculated shot, especially at the distance, even if it means to re-range the target. A few days later I filled my tag with a different mule deer. 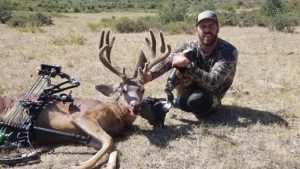 Lucky for me this year Burris came out with a range finding bow site that you get multiple readings of different targets with an accurate hold over dot while at full draw. This would have come helpful during my mule deer hunt where I could quickly range the deer again once he moved without putting my bow down. Burris calls this new bow site the “Oracle” and I knew I needed to get one.

With the season winding down I still had an opportunity to hunt in Texas for my first whitetail buck with Disabled Outdoorsmen USA. On this hunt, I planned to use my bow but with the Burris Oracle bow site.

When I got the site in the mail it had a few parts I was unsure of. They had detailed instructions, however, for me, I was worried that I would misread them being that I’m more of a visual person. Fortunately for me, Burris made a detailed video series on YouTube that covered the entire mounting, sighting in the site, arrow calibration, and positioning the laser site. 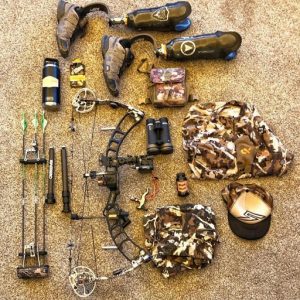 So I took my phone out to the range and watched each video, paused it at each step, made the recommended actions and continued to the next step. Quicker than watching a show on Netflix I had my bow sited in and arrow calibrated to shoot at long distances.

With Texas only a few weeks away I continued to practice with the new site till I felt comfortable. The learning process was quicker than I thought, and I had to make very little tweaks to it. I felt comfortable about going into Texas with the new setup until I remembered that this will also be the first time I have taken my bow on an airplane!

When I arrived in the Lone Star State I was a little stressed out thinking that the airline process would have messed up the site and it wouldn’t function correctly. It was a good thing my buddy Weston had a target I could shoot before I started my hunt. I sent the first arrows out at 20 yards, then moved to 40, and finished at 60. I released them hoping for the best until I heard: “Damn Sidney, you are on perfectly!” Weston said. And to my relief I was. Now it was finally time to find my whitetail. Being in December the rut was going strong. TJ the ranch owner had spent a lot of time getting to know the deer and their habits. Prior to me arriving he had already found the buck and knew what his hot doe would be doing. When we got to a vantage point TJ looked through his binos and pointed out which deer we were going after. I pulled out my binos and my heart immediately started to race. I was absolutely floored looking at this deer; it was well above my expectations of what my first whitetail would be.

We made a plan to put our focus on the hot doe in hopes that the buck would follow.  I made a couple moves and was actually able to draw on the buck and range him at 60 yards.  Normally 60 yards would be okay. I quickly found out that the vitals of Texas Whitetails are a lot smaller than Utah Muleys. I decided to play it safe and wait for a closer opportunity.  After watching the buck chase his doe he finally laid down. 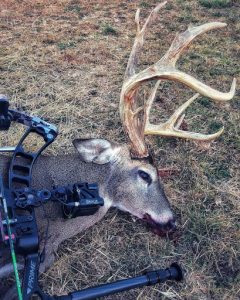 I knew it was now or never.  I moved in and got within bow range.  Drew back and ranged the buck. Oh boy, I couldn’t stop looking at his rack!  46 yards it what Oracle said; however, some didn’t feel right. He seemed a lot closer than 46. I had let “Buck Fever” set in and I made the mistake by ranging the tree just behind his back. I was fixated on his rack.  The buck stood up, and being as I was already at full draw, I re-ranged him on his vitals. Twice for good measure! Both times read 41 yards. I lined up the site, confirmed my anchor points, and squeeze the release!  Smack! I can still see that arrow fly in what seems like slow motion connect to the buck’s vitals.

“YOU HIT HIM!” one of the boys said as TJ and Disabled Outdoorsman’s USA watched it all happen from a distance.  “He’s going down!” I ran over and watched the buck roll and expire 60 yards away from where he was bedded. It was over and I was giddy as a schoolboy! Jumping around like it was my first buck ever. Quite the adrenaline embedded in my memory, where I will always remember that experience.

Huge thanks to TJ and the Disabled Outdoorman’s USA crew for letting me hunt with them. I was very pleased with the Burris Oracle. If could pinpoint one improvement that I gained with this site; it would be the opportunity to make a more ethical shot.  With so many variables in bow hunting, this upgrade was worth it! 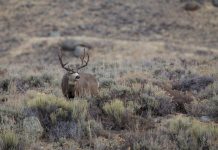 CWD ON THE VERGE OF ACCLERATED GROWTH IN NORTH DAKOTA 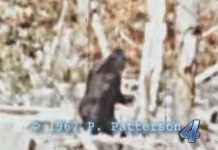