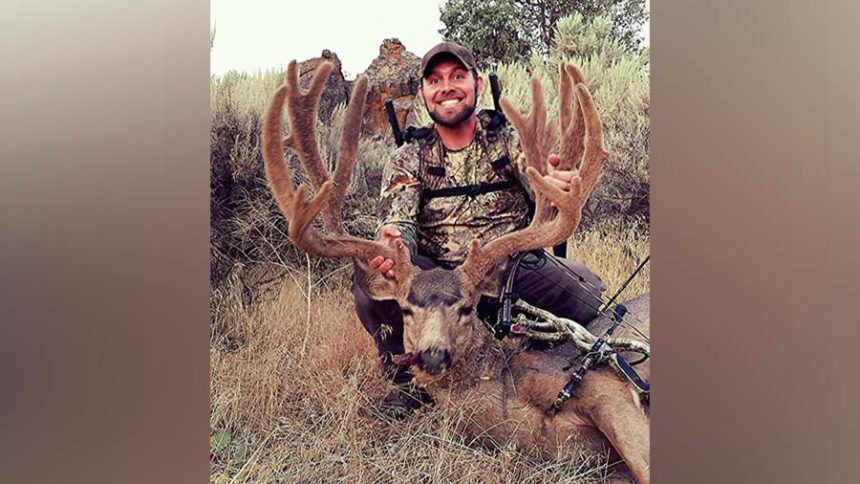 Success photos are important for many hunters. Quality success photos let hunters remember and relive their past success. However, for one man, his photos may lead to him being prosecuted for poaching. Prosecutors have charged Gage Lee Allen, 34, of Blackfoot, Idaho with a felony poaching charge.

On Aug. 30th, 2016, Allen created a Facebook post. In that post, Allen had two photos of the trophy buck. The first photo was of the buck in the field after harvest. The second photo was of the buck in a different location after being skinned. The issue arose once investigators began to look at the two photos closer. The second photo showed that Allen had significant facial hair growth compared to the first photo. This could have just been that the two pictures were taken a few days apart. However, Aug. 30th is the opening day of the archery season in Idaho. Meaning that if several days had passed between the two photos, the buck would have been shot before the start of the archery season.

As a result of the difference in the photos, officials searched Allen’s computer. During the search, it was found that the first picture was uploaded only 38 minutes after legal shooting hours on opening day. Likewise, the deer in the photo showed obvious signs of rigor mortis. Rigor mortis typically takes at least an hour for it to set in. Once again leading investigators to believe the deer was taken before the legal season.

This new felony charge is not the first time Allen has been in trouble for poaching. Allen had already lost his hunting and trapping license for the 2020 season, this was due to being found guilty of more than a decade of hunting violations. Those investigations came before the investigation into the poaching of the above mule deer. To top it all off Gage Allen has been featured in multiple hunting magazines and publications in the past. Many of those celebrated harvests are now being questioned and rightly so.

You can read more about this poaching case by clicking here. If you are interested in keeping up to date on Idaho hunting-related news click here.

What are your thoughts on this potential poaching case? Do you think the buck was poached? Let us know in the comments!