According to Utah’s Division of Wildlife Resources, mule deer numbers in the state are more than 370,000.  That is an increase of 100,000 deer since 2011.  This increase in mule deer provides more encounters for those lucky enough to get a deer tag in Utah.

UPDATE: This podcast is part 2 of our conversation with Covy Jones and Mike Wardle of the Utah DWR.  We talk about the mule deer numbers in Utah.  Recently, we posted an article that stated mule deer numbers were at an all-time high in Utah.  We discuss the validity of that statement.  If you enjoy the podcast, please leave us a review and give us a 5 star rating.  Also, make sure you’re subscribed so that you get all the new content as it’s published.

DWR officials explain what has caused the increase in deer numbers:

“Over the last three years, we’ve had the highest deer numbers in Utah in 25 years.  We have more bucks on the statewide landscape currently than we’ve ever had. A lot of that is due to good habitat work and climate. With the wet spring, habitat has flourished, providing the necessary nutrition for antler growth. Hunters who are targeting buck mule deer should expect some of the best antler growth they have ever seen. It’s been a great year for deer. Hunters are set up to have a very memorable year.”

What does this mean for hunters?

As stated above, the increase in numbers provides more encounters for hunters.  It also provides improved antler growth and overall quality of the mule deer.  As the DWR Big Game Coordinator mentioned, this year could be a “very memorable year” for Utah hunters, and many have already obtained that result.

Utah has already concluded its archery and muzzleloader hunts, and the general deer hunt will wrap up this coming weekend.  Through social media, we’ve seen the success that has been obtained during these hunts.  Not just in the number of deer harvested, but also in the quality.  It seems like it’s a daily occurrences that a big, mature, Utah buck is being harvested.  And congratulations to those that have been successful.

According to Utah’s Division of Wildlife Resources, mule deer numbers in the state are more than 370,000. That is an…

For those that haven’t punched that tag yet, good luck.  The numbers are in your favor.  Please share your success stories and pictures with us.  We look forward to seeing and reading them.

Have you seen an increase in deer numbers as you’ve hunted Utah’s public lands? 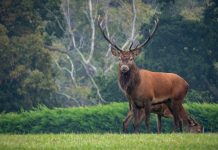 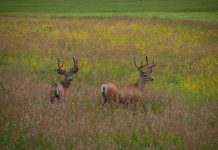 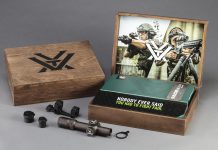