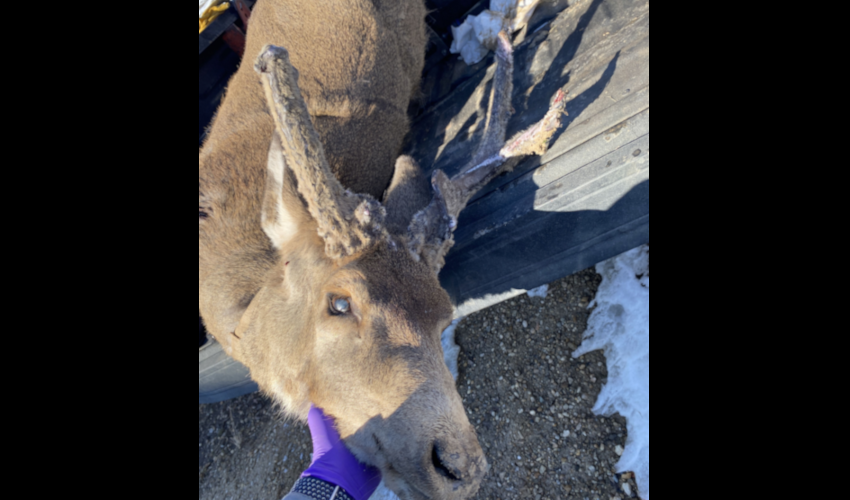 The Idaho Fish & Game Department is seeking information about a unique mule deer buck that was illegally killed near Boise. The buck, which antlers were still covered in velvet is believed to have been killed sometime around February 12th, 2022.

IDFG conservation officer Joshua Leal responded to a report of a dead deer on Feb. 13th. Leal arrived at the scene, which was located near Goddard St. around Capital High School. During the investigation, officer Leal collected evidence and performed a necropsy. The information gathered from the investigation leads officer Leal to believe the buck was illegally shot the night of Feb. 12th. After the shot, the IDFG believes due to the busy area the perpetrators decided to leave the buck to waste instead of trying to recover it.

“This deer was shot near the high school and in an area that is surrounded by residences and frequently has a lot of vehicle traffic. We are asking people who may have seen suspicious activity around Capital High School on the night of Feb. 12 to contact us with that information.” – Officer Leal

The IDFG has announced that information that leads to an arrest will be rewarded. The reward will come from the Citizens Against Poaching program. You can contact this program by calling 1-800-632-5999. You can also report information to the IDFG website by clicking here. Individuals reporting information can remain 100% anonymous if you like.

The IDFG would like to remind everyone that poaching and illegally killing wildlife steals from everyone in the state, not just hunters. During the winter, wildlife migrates to lower elevations and gather into larger herds. This makes them more susceptible to poachers. Many times the wildlife is in locations that give poachers a chance to shoot at them from a vehicle which makes it easier for the poachers to flee. Subsequently, the IDFG needs the help of the public to try and catch these poachers.

So, what are your thoughts on this poaching case? Have you ever helped catch a poacher? Let us know in the comments!