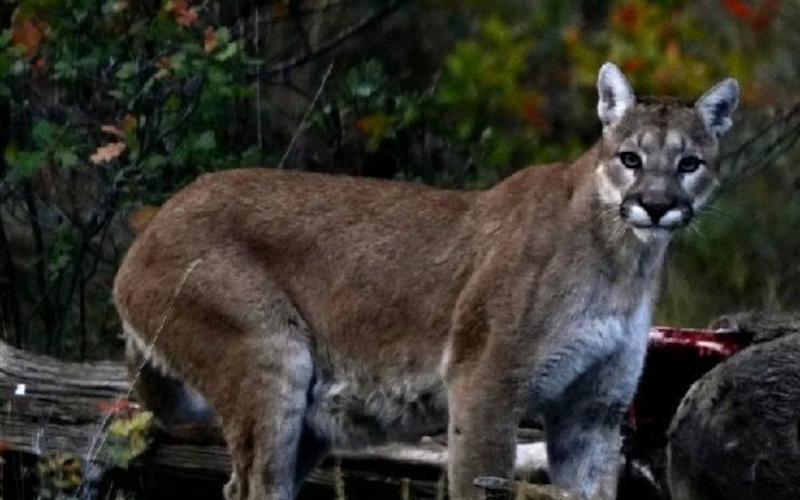 CPW has reported more people using the outdoors in 2020 and 2021. As a result, cougar sightings are on the rise. The largest increase in cougar sightings this year has been in southwest Colorado. Across the counties of Archuleta, Dolores, La Plata, Montezuma, and San Juan the CPW has received 107 sighting reports so far this year.

Of the 18 cougar management areas, the southwest of Colorado ranks first for sightings this year. The next highest sighting numbers are 67 cougar sightings reported in Boulder County.

CPW would like to remind people, despite all the sightings only 5 of the cougars were showing aggressive behavior.

“Mountain lions are rarely seen but are common throughout western Colorado. They prey primarily on deer and elk and are likely to be present anywhere deer and elk are abundant. They are generally shy around humans but are also very curious, similar to house cats.” – CPW Senior Wildlife Biologist Jamin Grigg

With the affordability of security systems and doorbell cameras, more and more cameras are catching cougars moving around the area. This has most likely been happening for years but now it allows people to report more sightings.

“We are getting more calls now when someone picks up a lion on their doorbell camera. That technology has led to people seeing a lot more lions and bears that have always been around our area, they just weren’t being seen as much. If a lion allows you to see it, it’s likely not acting in a predatory manner.” – Area 15 Assistant Area Wildlife Manager Steve McClung.

While sightings continue to climb attacks have not. There have only been 23 known attacks of a cougar on a human since 1990 in Colorado. What people are usually seeing is protective behavior from cougars. Typically this behavior will involve either leading the human away from an area or bluff charging with paw swiping and vocalizing in an attempt to “scare” the human away from a recent kill or their cubs.

The CPW created a list of tips for those who may have a cougar encounter. You can read about that by checking out the CPW website or by clicking here. Likewise, you can check out our Colorado hunting news page by clicking here.

What do you think about the increase in cougar sightings? Have you seen a cougar recently? Let us know in the comments!