Colorado Parks and Wildlife (CPW) is cracking down on shed hunting out of season. Last week a tip led CPW to a pair of illegal shed antler hunters who had 4 sheds in their possession. They were fined and the antlers were confiscated. They will likely lose hunting and fishing privileges due to the number of antlers they had collected illegally.

Last week illegal shed antler collectors were caught after we got a tip from a concerned citizen. As the weather is…

Posted by Colorado Parks and Wildlife on Friday, March 29, 2019

According to CPW regulations, the penalty for shed hunting illegally is confiscation of the antlers and a $50 fine with an additional $18 surcharge per antler. There is also a 5 suspension point penalty toward your hunting license. Once a person has lost 20 points, their hunting and fishing privileges can be suspended.

CPW Area Wildlife Manager Bill de Vergie of Meeker says the restrictions are in place to relieve stress on animals during a critical time. “If wildlife is pressed once a day or every other day, we would not have as much concern,” said de Vergie. “But these animals are constantly pressured now, often running from perceived threats dozens of times per day. People may not see it happen right away but severely stressed animals and their offspring will starve to death when their fat stores are depleted.”

Many people take issue with the ban because it doesn’t address other activities that may stress wildlife. CPW responded by saying, “We can’t regulate other forms of recreation such as hikers and bikers on other land-use agency properties such as the Bureau of Land Management lands or National Forest land.” They also pointed out that other forms of recreation don’t put the direct pressure on wildlife that shed hunting does, specifically when unethical collectors chase herds in hopes of picking up a freshly shed antler.

Like it or not, it looks like the ban is here to stay, and they are here to enforce it. CPW says, “Don’t risk it! Wait until May 1!”
What do you think of the shed collecting ban? 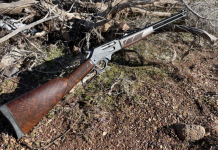