COLORADO HUNTS IMPACTED BY WILDFIRES – Wildfires across the western United States have come out in full force this summer.  The fires have impacted people’s homes, occupations, vacation plans and hunting plans.  The Colorado Parks and Wildlife recently released a statement that they will be closing a hunting area due to a wildfire.

The East Fork Fire started on August 22nd by a lightning strike near Trinidad.  The fire has continued to grow over the last week and has now burned over 1,100 acres.  On Friday, the fire was listed as 10% contained.  Fire crews from all over are helping to fight the fire.  The crews consist of ground crews and aerial attacks from several helicopters and fixed-wing aircrafts.

Mike Trujillo, area wildlife manager, said strong winds had caused the fire to expand and smoke was reported hindering visibility along Interstate 25, which runs along the western edge of Fishers Peak State Park.

The southern boarder of the wildlife areas is the Colorado/New Mexico border.  Although the fire hasn’t reached New Mexico at this point, there are already effects impacting the state.  Including the evacuation of Sugarite Canyon State Park.  As the fire continues to progress, there may be impacts on hunting in New Mexico as well.

Before you head out on your hunting adventures this fall, be sure you familiarize yourself with the wildfires in the area.  Be on the lookout for further information from Ehuntr regarding the impacts of wildfires on hunting and how you can better prepare. 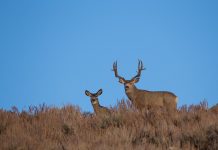 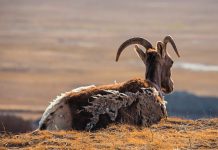 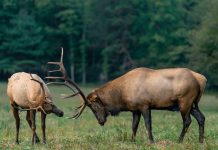