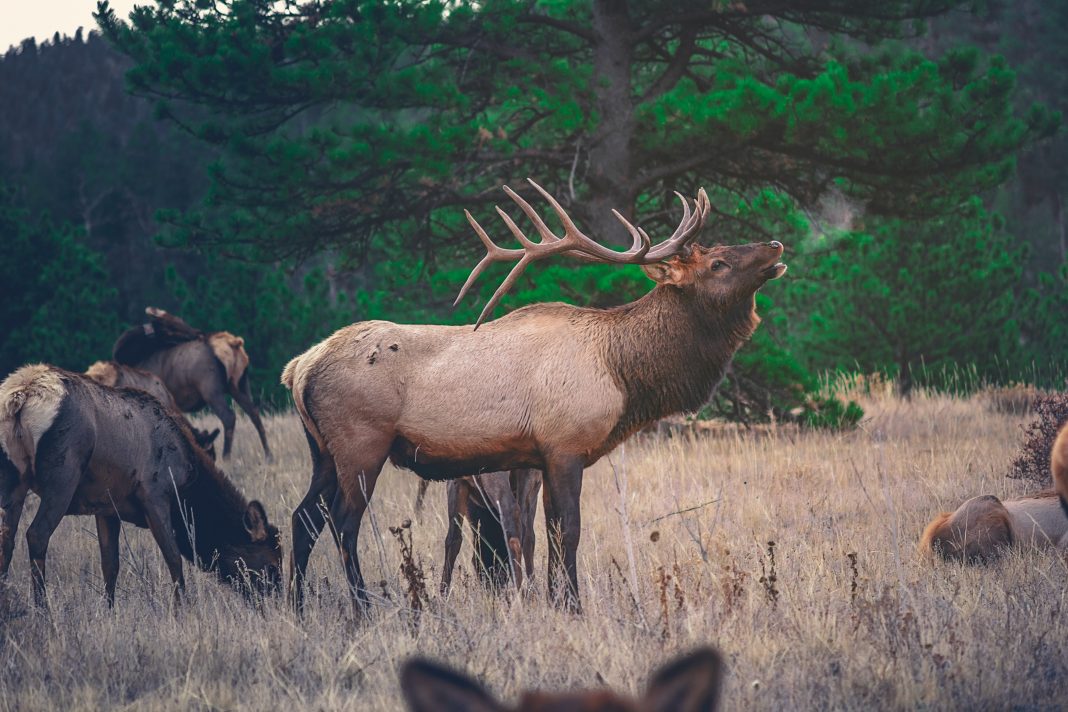 Colorado Parks and Wildlife officials are seeking information on a Colorado elk poaching case. The elk was illegally killed roughly 15 miles northwest of the southwest Colorado city of Cortez. On the morning of August 26th, a landowner found the dead elk carcass in a field. Consequently, the landowner called wildlife officers to investigate the scene. Officers responded to the site, which sits east of U.S. Highway 491, near Yellow Jacket.

Once on the scene, officials found that the elk had been shot with a rifle. The perpetrator then approached the elk and cut the head off. Likewise, no attempt to retrieve the meat was made by the poacher. The events of this case also took place before any rifle elk hunts had started. The agricultural fields in the Yellow Jacket area typically attract both elk and deer from the nearby forest. However, this is the first poaching case in the area within the last few years.

Anyone who was in the area and saw anything suspicious or unusual is asked to call Matt Sturdevant at 749-1435. A reward is available through Colorado’s Operation Game Thief for information leading to the successful prosecution of the violators. Reports can also be made anonymously through Operation Game Thief at (877) 265-6648 or via email at game.thief@state.co.us.

“Poaching steals resources from legitimate hunters and the people of Colorado. People here value wildlife resources, and elk are an iconic species. The public helps solve a lot of these cases, and they can remain anonymous.” – Joe Lewandowski, CPW spokesman.

In 1996 Colorado enacted “Samson’s Law” which allows wildlife officials to place heavy fines on poaching crimes. Under “Samson’s Law” would be poachers would receive an automatic $10,000 fine if the elk they have killed is a 6×6 or bigger. In addition, would-be poachers can also receive charges for wasting game meat, hunting out of season, and trespassing. In total, poaching a bull like the one in the above case could cost a would-be poacher over $20,000.

This law was passed after a popular bull elk in Estes Park was killed inside of city limits. Samson was a big 6×8 bull elk that called Estes Park home in the 1990s. The town had a statue built of him in the years following his death. A man shot Samson in the lungs with a crossbow with the intent of cutting off his head and selling it. After the shooting, the man left the elk, his truck, and the crossbow and hitchhiked 65 miles back to Lakewood. He then called and reported to the police that he had “made a mistake.” Many of the townsfolk threatened to hang the poacher from the flag pole by his belt loops.

Poaching is a crime that stills from everyone, not just outdoorsmen. We ask that if any of our readers have any information you contact CPW via the information listed above.

What are your thoughts on this Colorado elk poaching case? Have you ever found a poached animal before? Do you think poaching cases are on the rise? Let us know in the comments!