COLORADO COUNTY JOINS OPPOSITION TO WOLF REINTRODUCTION – While activists in Colorado are pushing for the next state ballot initiative to include wolf reintroduction, Garfield County has approved a resolution, formally opposing this issue.  By approving this resolution, they team up with nearby Mesa and Moffat County Commissions.

“I’m amazed that people would want to do something like this because I don’t think it would be good for anyone in any way,” said Garfield County Commissioner.  Another concern is of the devastating effect on wildlife and farm animals that wolves would create if reintroduced.  However, Delia Malone, wildlife team chairwoman of the Colorado Sierra Club, disagrees.

Reported by the Grand Junction Daily Sentinel, Malone believes that there is no evidence that the reintroduction of wolves would have a negative effect on ranching.  She also states that elk populations will remain healthy.  Also that introducing wolves would even increase the health of the overall ecosystem.  Frank Daley, a rancher in Garfield County, opposes Malone’s theory.

Daley reports that wolves don’t just kill farm animals, but they also destroy fencing, and even decreases the pregnancy rates of cows.  This is due to the extra amount of pressure put on them, being chased and aggravated.  He also states that wolves are not going to remain in the high country.  They will simply follow the elk and deer into lower elevations and onto farmland.  His final observation was that he does not see as much wildlife as he used to.  Mostly due to other predators, like coyotes and mountain lions.

The Rocky Mountain Elk Foundation (RMEF) and Colorado Parks and Wildlife (CPW) oppose intentional reintroduction.  However, Malone is confident in the activist organizations’ ability to obtain enough signatures to put it on the state ballot.  This issue is one in which will remain controversial, and divisive.

What are your thoughts about wolf reintroduction? 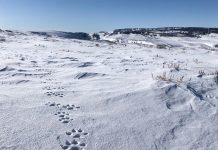 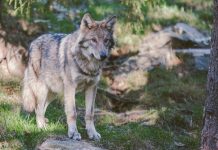 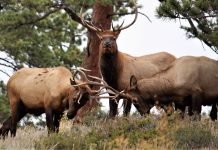 TEXAS POACHER IN COLORADO FINED OVER $53,000 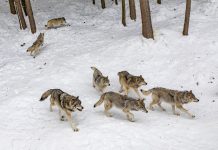 PROTECTION OF CATTLE AGAINST WOLVES IN WASHINGTON