“The most substantial changes are in the ending dates of the general seasons for deer in the North Fork, South Fork, and Sunlight areas which include hunt areas 105, 106, 110, 111, 112, 113 and 114,” said Tony Mong, wildlife biologist for the Cody area.  “Hunters should be aware of those changes and refer to 2019 hunting season regulations as they are deciding where to hunt this fall and what license to apply for.”

Mong said both herds have undergone severe population declines due to tough winters and poor fawn production and recruitment. Game and Fish began implementing changes to the seasons last year by reducing doe harvest opportunity to maximize the ability of the herd to rebound and four-point antler restrictions to reduce buck harvest.

For the 2019 hunting season in the Clarks Fork herd, Game and Fish reduced the general season by seven days in hunt areas 105 and 106 and reduced the Type 1 limited quota licenses by half.   “The reduction in days and licenses should reduce buck harvest and protect the low number of migrating bucks in that herd,” Mong said.  “We also decreased the potential of harvesting migrating doe deer in hunt area 105 after they potentially mix with resident deer by shortening the November general doe season and making it valid on private land only.”

In the Upper Shoshone mule deer herd, Game and Fish shortened the general season by seven days, but added a conservative limited quota late season opportunity to both the North Fork (Hunt Areas 110-111) and South Fork (Hunt Areas 112-114) areas. “Reducing days in November protects bucks when they are most vulnerable on migration routes and as they are going into the rut, making this change will give us the best chance to limit the overall harvest of bucks in this herd,” Mong said. 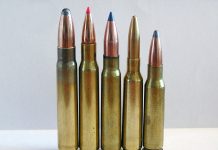 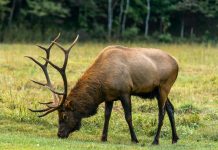