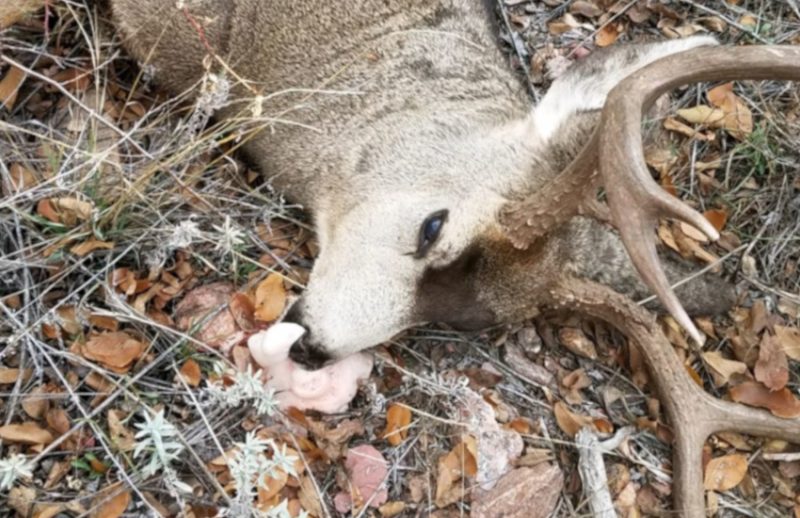 The Bluetongue virus was confirmed in Colorado mule deer. The deer in question were found dead in the Alamosa area. Likewise, EHD was also found in deer in western Colorado. These two diseases are fatal to whitetail deer and pronghorn. However, these diseases can affect mule deer, elk, bighorn sheep, and bison. The previously listed species can survive it some of the time, other times it will kill them However, as stated about it is usually fatal to whitetails and pronghorn.

Bluetongue and EHD viruses are not transmissible to humans. However, the CPW and CDC recommend hunters avoid shooting and consuming animals that have EHD and Bluetongue. CPW also wants hunters to not handle animals found dead and report dead animals to them for testing.

These diseases are caused by biting flies or midges. The animals are bitten by a fly that carries the diseases. Cases of bluetongue and EHDV are most common from August to October. After the first frosts, the flies will die off and so do the new cases of the diseases. CPW asks hunters to look for the following signs.

Deer infected with Bluetongue or EHD die quickly, usually in one or two days. Deer may salivate and foam at the mouth, bleed from the nose and have a swollen tongue with a blue tinge as well as other sores or lesions.

You can read more about this Bluetongue disease by checking out CPW’s website. That can be done by clicking here. Likewise, if you’d like to check out our Colorado hunting news page you can do so by clicking here.

What are your thoughts on this disease outbreak? Have you ever found a sick animal in the wild? Let us know in the comments!