I think everyone can remember the one big present they wanted as a kid for their birthday. For me, it was a huge “Castle edition” Lego set. I wanted it for my birthday, but my parents didn’t want me to have it yet, they said I was too young to understand how to read the instructions. I then pleaded to have it on the top of my Christmas list later that year. They said, “Yes, but Santa doesn’t make promises.”

Come Christmas morning I was surprised that I got the castle Lego set that I always wanted.  I immediately went down to my room and opened the Lego box and the contents.  To my disappointment, I’ve discovered that the castle lego set did not come pre-built! Instead, it was hundreds of Lego blocks, some Lego men, and pages of instructions. 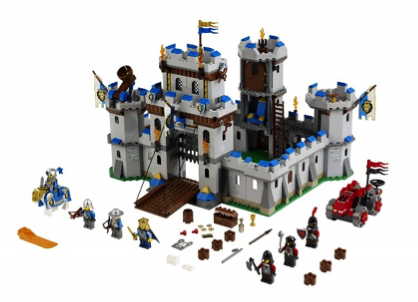 Looking over the pages of instructions and not understanding what do, I felt overwhelmed on how to build the Lego castle like the picture on the box. I became discouraged with my Christmas gift and I ended up just playing with the Lego men and putting the instructions and Lego blocks back into the box.

A few days later my father (who knew this would happen) checked to see if I’ve started building my castle. I told him that it’s just too hard and too difficult to figure out how to build it. My dad opened the instructions and showed me how to build the castle block by block based on each picture.

After staying consistent with the instructions and laying down block by block, I eventually completed the Lego castle exactly like the picture.

I think a lot of us struggle with fulfilling our big goals or dreams because we are overwhelmed with the process. Or we often feel like I did as a child; disinterested because it seemed too difficult based on all the blocks and time required to finish the castle. Most people that struggle with achieving their big goal or dream become too fixated on the big picture itself instead of the process required, to the point they feel stuck or incapable of taking steps to get closer to complete them. Often people quit at this point

The best way of overcoming this problem of being overwhelmed by your big dream is to start by focusing on completing each individual step, piece by piece or block by block.

In 2015, both of my limbs were amputated below the knee. It was quite the turning point in my life. I needed something that would motivate me to keep pushing forward during this loss.  While recovering in the hospital, the Ironman World Championship race was on TV. If you don’t know what the Ironman is: it’s the longest triathlon distance race containing a 2.4-mile swim, 112-mile bike, and 26.2-mile run. Watching the Ironman I felt compelled that I was going to finish one as a double amputee.

I can’t tell you how many people questioned me and the eyebrows that were raised when I told them my dream. I didn’t blame them, I was sitting in a hospital bed with no legs, how was this possible? Just like my Lego castle, my Ironman goal started with one little piece and one little block.

I started from the ground up. As soon as the doctors cleared me physically I got in the pool. There’s a block. I took swim lessons on how to swim without legs. There’s a block.  Next, I got a pair of walking legs and taught myself to walk. Block. Then I was able to walk a mile. Block. Then I got a bike and began to ride. Block. After only 5 months from the amputation, I started to run. BIG block! 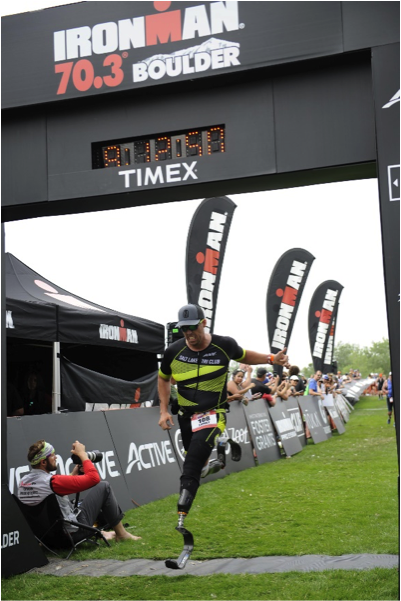 This trend of adding each piece to my dream stated to grow rather quickly to point where I completed my first mini-triathlon, then Olympic triathlon, and few 70.3 Ironmans. Today 3 and a half years later from the amputations I am officially signed up and currently training for the full Ironman this November!

Now, it hasn’t been an easy road, where some blocks ended up not working out. But such is life, nothing is guaranteed. However, by staying consistent on each little piece eventually those blocks add up and created something I could build off on. I’d like to challenge you to try this approach toward your dream or goal. It can be something easy and virtually applied to anything.

Being happy is what we all strive for in life. And building those blocks towards your dreams and goals will help bring you closer to the level of happiness you want. That journey of the ups and downs toward achievement is what makes life interesting. Whatever your dream or goal is, focus on the individual pieces instead of the whole picture to avoid the stress of being overwhelmed. This approach has taught me patience and has made me stronger and happier as I’ve laid each block. 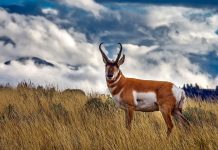