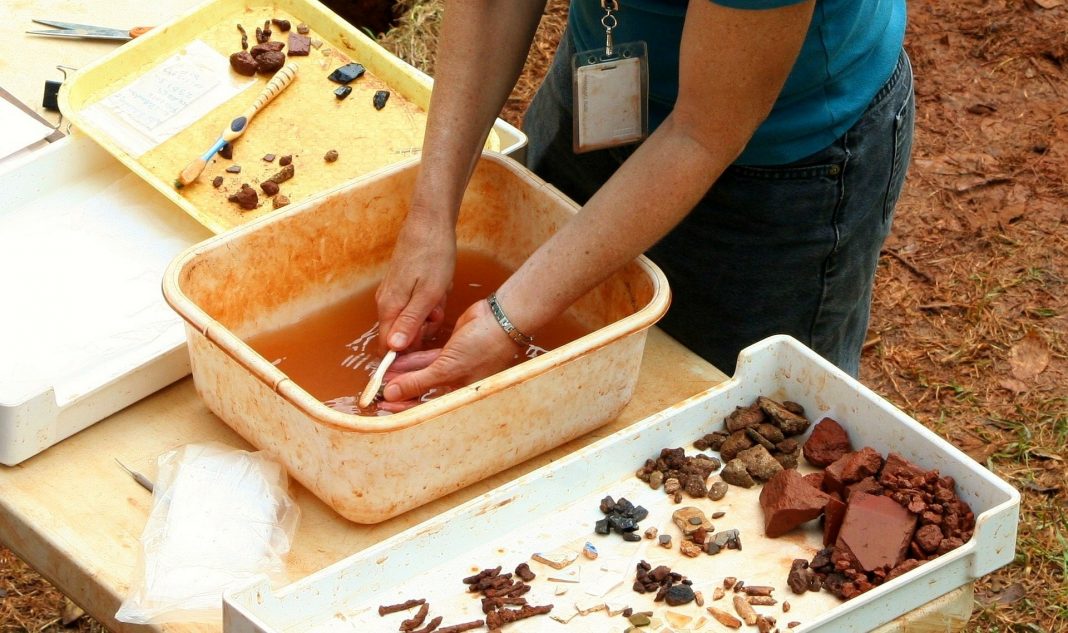 Ancient hunting tools have been discovered in Sri Lanka. Archaeologist Michelle Langley of Griffith University in Brisbane, Australia led the team that found the artifacts. One hundred and thirty small sharpened bone artifacts were found in Fa-Hien Lena cave. The team believes these artifacts are ancient hunting tools. The study of these tools has shown cracking from impacts. These cracks have led the team to believe the tools may be arrowheads. The arrowheads are dated to around 48,000 years old. If proven, it would make the Fa-Hien site the earliest known site of archery hunting outside of Africa.

However, archaeologist Ryan Rabett of Queen’s University Belfast in Northern Ireland believes archery hunting may have been tough in the heavy rain forest. Rabett stated that the artifacts could have been used on fishing spears. Likewise, Rabett believes the chance of losing valuable arrows in the rain forest may have presented a major challenge.

“Evidence increasingly points to hunting with bows and arrows in Africa more than 60,000 years ago. I would not be surprised to see [bow-and-arrow] hunting associated with any Homo sapiens group after about 65,000 years ago, regardless of location.”
– Marlize Lombard, University of Johannesburg Archaeologist

Other Finds in Fa-Hien Lena Cave

During the exploration of the Fa-Hien cave, other incredible artifacts were found. Fish remains were found in large quantities. Likewise, monkey and ancient squirrel remains were also found in the cave. The team also found a monkey tooth that had been altered. The monkey tooth may have been used as a knife. The team also found a unique notched tool. They believe the notched bone tool may have been used to make nets. Twenty-nine bone artifacts believed to be fish hooks or barbs for fishing nets were also found. Among the other findings, the team also found pigment deposits. The pigment is believed to have to been used to decorate the hunter’s bodies or tools. The artifacts found at Fa-Hien cave will help researchers study “modern” behavior in ancient peoples. Archaeologists are hopeful they will find human fossils at Fa-Hien cave.

What do you think about these ancient hunt tools being discovered? Do you think ancient people were archery hunting in the Sri Lankan forests? Who do you think lived in this cave? Let us know in the comments.