Social media has been buzzing for months with rumors of Adam Greentree and his poaching charges. Last week he pleaded guilty to those charges and was sentenced on March 11th. During the sentencing Magistrate, Andrew Eckhold ruled that there should be no conviction.

It left many wondering what the full story was and how one could get away with the accusations. Now that the matter is settled, Greentree is ready to speak out. He sent EHUNTR the following statement: 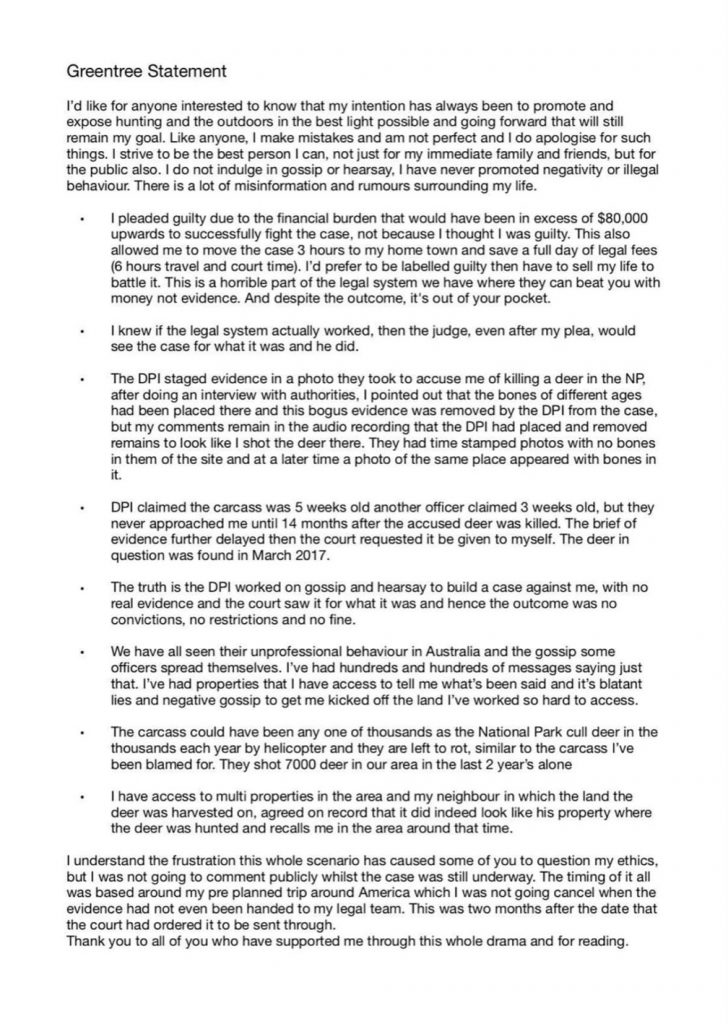 In the statement, he says that he only pleaded guilty due to the financial burden of fighting the charges. Greentree says he killed the red stag on his neighbor’s property. The landowner has confirmed that the photos look like his property.

Greentree went on to detail a set-up by DPI. He claims they moved bones around to frame him and that their own evidence confirms it. He also says that the DPI conducts several large scale cull hunts in that area, and that is likely what the carcass(es) are from. Despite the treatment he received from DPI, he believed that even with a guilty plea, a judge would see the case for what it was.

“I understand the frustration this whole scenario has caused some of you to question my ethics, but I was not going to comment publicly whilst the case was still underway. The timing of it all was based around my pre-planned trip around America which I was not going to cancel when the evidence had not even been handed to my legal team. This was two months after the date that the court had ordered it to be sent through,” Greentree said. “Thank you to all of you who have supported me through this whole drama and for reading.”

In a poll EHUNTR conducted on Instagram today, 70% of people said they felt that Greentree should have been punished. Does his statement change your opinion on the final ruling from the court?