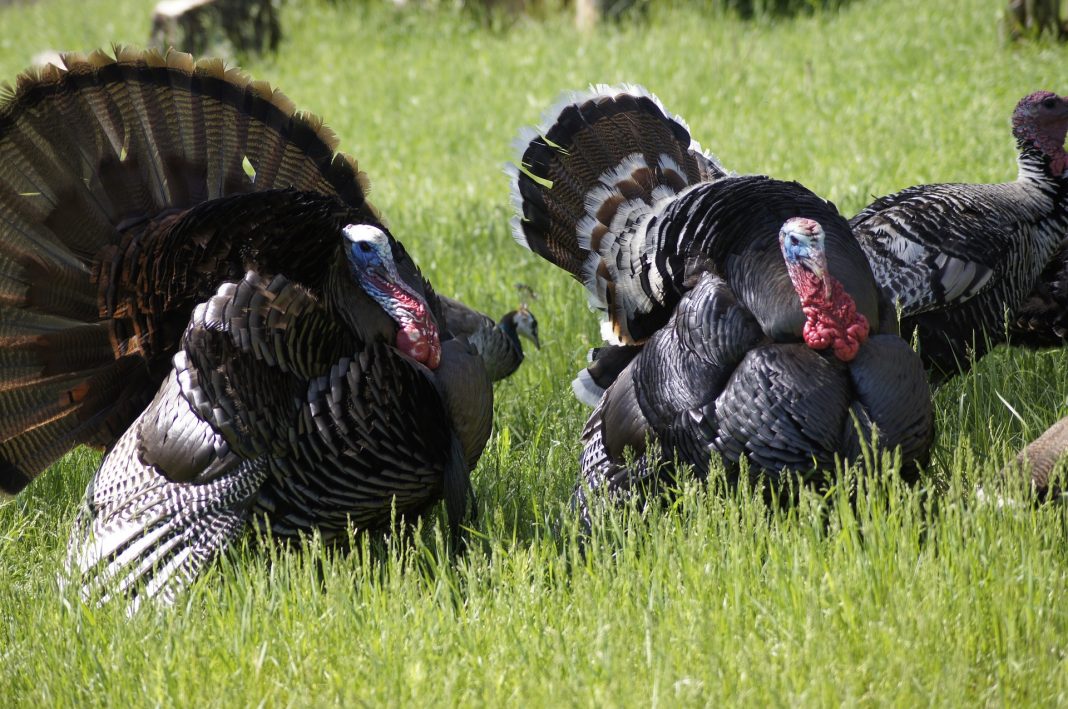 The Idaho Fish & Game Department has released its 2021 turkey hunting outlook. The IDFG Department breaks the state into 8 management areas for turkeys. Hunters should expect to see similar turkey numbers to what they experienced in 2020. Likewise, the Department tells hunters that they may experience more hunters in the field than in the recent past. In 2020, Idaho saw a sizeable spike in turkey hunters. The IDFG believes that the spike in hunters can be linked to the pandemic. However, they are unsure if the turkey hunter numbers will carry over into 2021.

Turkey hunting in the Panhandle Region looks to be good this year. Winter in the region was fairly mild and turkey survival rates have been high this winter/spring. Turkey production has been good in the area for the last few years. 2021 loos to be similar, hunters should see plenty of turkeys again this spring. The highest densities of turkeys in the region can be found in the lower elevations of GMUs 1, 2, 3, 4, and 5.

The Clearwater region has had mild winters for the last 3 years. As a result, winter turkey survival rates have been good and turkey numbers are doing well. Lower elevations are already snow-free and showing signs of spring green-up. Hunters should expect to have a good season.

The McCall region should support good hunting for turkeys this year, like much of the state. Recent turkey counts show that the population is stable, even with the shift to fall general season hunts in 2020. Reports in the area are showing that turkeys are already moving up in elevation this year.

The 2021 turkey outlook for the Nampa region looks to be good as well. Like much of the state, the winter season in the region was mild. The turkeys seem to have handled the winter well in the region. In 2020, units within the region saw dramatic increases in overall harvest numbers and hunter success rates due to the new general season hunt in some units. However, the turkey population has stayed stable most likely due to the amount of private land within the region. Please obtain permission from a landowner before hunting on private property.

There is only one turkey hunting opportunity within the Magic Valley Region, that hunt takes place on unit 54. Turkey hunting in the unit is anticipated to be good. However, the unit has been plagued by rough winters and bad nesting conditions prior to 2020. So, while the hunting will be better than in previous years it still may not be up to what it once was.

The Upper Snake region is home to a small population of turkeys. However, Hunters should anticipate a slight increase in the turkey population compared to 2020. The region has a lot of private property along the Henry’s Fork and South Fork of the Snake River, so be sure to ask first to hunt on private land.

Winter counts show that the population is stable near Challis. However, those same counts showed a good population growth near the Salmon area. The growth of the population near Salmon is exciting as some counts report increases ad high as 52%. The large majority of turkey hunting opportunities in the Salmon region and through controlled hunts, which limits the overall harvest in the area.

Overall the Idaho turkey outlook looks like hunters should have a good time.

What are your thoughts on the Idaho turkey outlook? Do you plan on hunting turkeys this year? Let us know in the comments!